Mark C. Espy Sr.* is a long-time member of the Alabama 4-H Club Foundation Inc. Board of Directors. He has served as the vice-chairman from 1992 to 2002 and has served an additional 10 years on the board.

Espy was a critical member of the 4-H Foundation board during the capital campaign, which raised $7 million to benefit the Alabama 4-H Center and Alabama 4-H programs statewide.

He currently serves on the Foundation’s finance committee where his banking experience at Headland National Bank and investment knowledge have helped the Foundation continue to manage and invest profits wisely.

Espy began his lifelong association with 4-H in the fifth grade at Headland Elementary School and remained active in his teen years through the 4-H/ FFA cattle shows. He remembers being 4-H club president in fiftl1 grade and has fond memories of showing calves from the fifth through 12th grades at the Henry County show as well as at the Tri-States Show in Dothan.

He credits 4-H for developing the leadership skills he uses today as a successful banker. Following graduation from Auburn University in agricultural administration in 1965, Espy started at The Headland National Bank in January 1966 as a loan teller and worked his way through the ranks.

His interest in cattle and agriculture extended from his 4-H years as he continues in the cattle business today with a small Limousin herd. He also owns registered quarter horses, another passion from his 4-H youth. 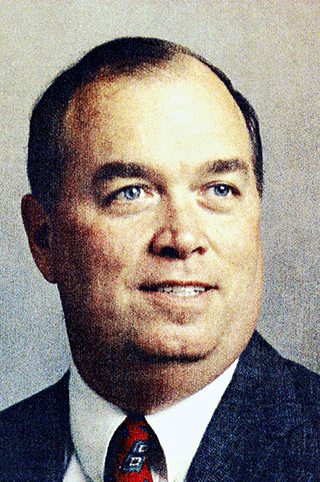