Born Marvell Jordan on March 24, 1920, at Red Level, Ala­bama, she joined two older brothers, Henry Claudius and James Wilbert, to complete the family of Dr. and Mrs. H. W. Jordan. The family moved to Foley in 1926 and then to Robertsdale in 1928. Marvell graduated from Robertsdale High School in 1938. From there she went to the University of Alabama, where she earned her B.S. degree in home economics in 1942. In June of 1943, she finished a year of internship at Harper Hospital in Detroit, Michigan.

On July 4, 1943, Marvell and her childhood sweetheart, John Lee Gwaltney, were joined in mar­riage at Pleasanton, Texas. She joined her husband in San Antonio, Texas, until February 1944, when Mr. Gwaltney was sent to the Southwest Pacific Theatre during World War II, and she joined the staff of the Jordan Clinic at Fairhope, Alabama, as a dietician.

Mrs. Gwaltney was employed by Extension as a 4-H agent of Baldwin County in July of 1959 and worked there for ten years. She loved working with the future farmers and if a youth showed interest, there was no limit of time and effort she would expend to give that young person an opportunity to improve. She was elated when she found her students using their training to improve their quality of life.

Fellow Extension workers remember having to “run to keep up with her.” Marvell set a fast pace and was also very competitive. Every year, Mrs. Gwaltney had state and national winners among her 4-H’ers. She was an inspiration to all who knew her and often described as “one of the best agents in the state.”

She resigned from her Extension position in 1969 to become part of the Baldwin County School system as county school lunchroom supervisor. She worked there only a short time before her terminal illness forced her to resign. Mrs. Gwaltney died May 1, 1972.

Marvell Gwaltney was an active member of the Robertsdale United Methodist Church. She taught a Sunday School Youth class for a number of years and was an accomplished musician and artist. In tribute to her life and accomplishments, the name Marvell J. Gwaltney is inscribed on the dedicatory plaque of the Extension Memorial Chapel. 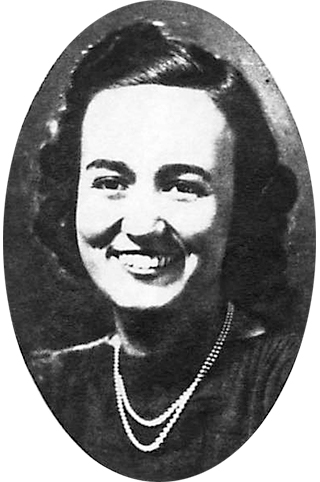