Multitalented Mary Eloise Hulsey was born in Ashburn, Geor­gia, on September 3, 1917. After graduating from St. Clair County High School in 1935, she entered Auburn and received a B.S. degree in 1939.

Miss Hulsey’s first employment was with the Farm Security Administration working with low-income families. From 1941 to 1945, she was Home Demonstration Agent in Dale, Crenshaw, and Chambers counties. She became a Foods and Nutrition Specialist at Auburn in 1945 and began attending and studying at Columbia Teachers College in New York and received her Master’s degree in 1947. Continuing her varied Extension career, she served as Food and Nutrition Spe­cialist for one year. She then served as District Home Demonstration Agent, Associate District Agent, and District Agent in Home Economics until her retirement from Extension on February 28, 1977.

Miss Hulsey believed in fairness, discipline, and hard work. She set an enviable role as a model for all who worked under her supervision. She was dearly loved and respected by all who knew her. Her death on May 7, 1983, was felt deeply by the communities, people, and Extension Ser­vice to which she devoted her life.

In recognition of her many contributions, the name Mary Eloise Hulsey is inscribed on the dedica­tory plaque of the Extension Memorial Chapel. 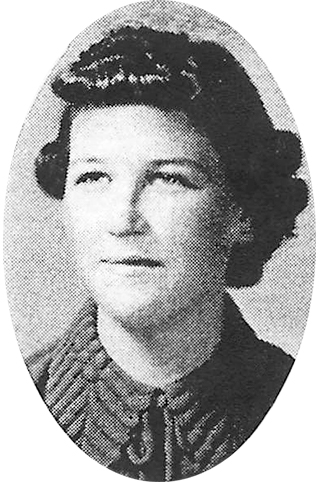