Mary Forney Hughes was born on April 9, 1911, in Tuscaloosa. After graduating from that city’s high school, she earned her B.S. degree from the University of Alabama in 1933.

With a desire to share her knowledge and serve her fellow Alabamians, Miss Hughes taught home economics for ten years. From 1933 to 1935, she was at Choctaw High in Butler; 1935 to 1937, at Geneva High in Hartford; 1937 to 1943, at Sheffield City Schools. For the next five years, Mary Hughes applied her scientific expertise as a chemical aid for TVA.

In 1949, the Extension family gained another capable and devoted Home Demonstration Agent. Mary Hughes joined Alabama Extension in Shelby County. After serving in that position briefly, Miss Hughes was appointed Associate County Extension Chairman in Greene County. She retired from that post in 1966.

During her 17 years with Extension, Mary Forney Hughes demonstrated a genuine love for Exten­sion work and the people she served. She received the Distinguished Service Award from the National Association of Extension Home Economists in recognition of her outstanding work.

Mary did not stop being an active citizen when she retired, however. Plus, she continued her work with the Methodist Church in Eutaw and was loved for her devotion to her church family.

In tribute to this lady and her life’s work, the name Mary Forney Hughes is inscribed on the dedi­catory plaque of the Extension Memorial Chapel. 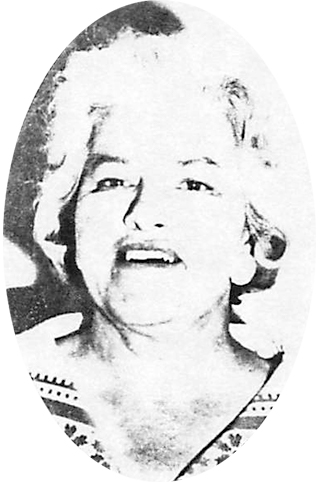