Mary Frances Griggs was born August 15, 1913, in Talladega County, Alabama, the eldest of six children born to Will and Lillie Griggs. She received her elementary and secondary edu­cation in the Talladega school systems and began her profes­sional career as a home economics teacher there. She also taught elementary school in Crawfordville, Georgia. She received her B.A. degree from Alabama A&M University in 1952 and began her career as a home demonstration agent that year in Cham­bers County. She served there for twenty-five years and then transferred to the position of county agent in Cleburne County. She retired from the Extension Service on June 30, 1979.

Miss Griggs consistently went beyond the call of duty during her professional life. She won the 1972 Distinguished Service Award from the National Association of Extension Home Econo­mists. While serving as Home Economist for Chambers County, she was a Girl Scout leader for several years. In 1964, she received a Certificate of Appreciation from the Pine Valley Girl Scout Council for outstanding and dedicated service rendered to girl scouting.

After her retirement, Mary Frances served as a volunteer leader in numerous roles with the Tal­ladega County Extension program. She was an active member of the county health council and the community resource development group. She gave outstanding leadership to the home eco­nomics planning committee and worked to plan and implement programs for “School Days for Retirees.” She often served as a judge for many 4-H competitions and home economics activities.

Mary Frances Griggs passed away on July 24, 1993, in Talladega. She is survived by her three sis­ters Willie Griggs, Maude Hill, and Mattie Wills, all of Talladega. We honor her life by inscribing her name on the dedicatory plaque of the Extension Memorial Chapel. 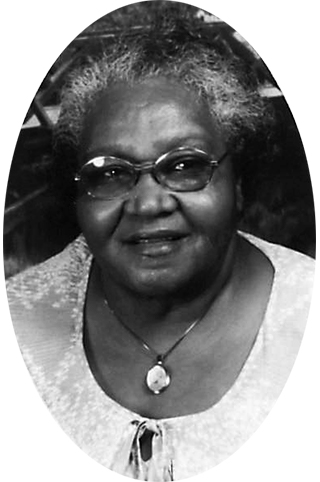