We are remembering Mary George Waite because of her signifi­cant role in the development of the Alabama 4-H Youth Devel­opment Center. But there are those all over Alabama who remember Mary George Waite for her many other contributions and accomplishments. She was admired, respected, and loved by all who were lucky enough to know her or know of her. She was a remarkable person who has left behind a legacy of civic accomplishments which few people can claim.

Mary George Jordan Waite was a life-long resident of Cherokee County and a leader in the business and civic community. She was educated at Huntingdon College and the School of Banking of the South at Louisiana State University. For 28 years, Mrs. Waite served as chairman, president, and chief executive officer of Farmers and Merchants Bank, having retired from the bank in 1984. Prior to her banking career, she was a successful teacher at Cherokee County High School and is credited with establishing the high school library.

Despite losing a twenty-year-old daughter to leukemia, Mrs. Waite remained active in organizations involving young people — her involvement with the Alabama 4-H Center, the Choccolocco Coun­cil of Boys Scouts of America, and, one of her favorites, the Cherokee County Miss Alabama Pageant are fine examples of her work with youth.

Mrs. Waite was honored as the first recipient of the ‘Mary George Waite Spirit Award’ in March 1990, initiated by the Cherokee County Chamber of Commerce. She was also honored with induction into the Alabama Hall of Fame in April 1990. A few of her many other honors include the National 4-H Alumni Award, listing in Who’s Who in America, 1981 Outstanding Citizen of Cherokee County, and member Alabama Academy of Honor. She was a member of more than a dozen banking organizations on the state and national level and was serving on the board of direc­tors of some 27 other organizations.

Mrs. Waite’s survivors included her husband, Dan W. Waite, Jr.; daughter, Betty Waite Graves; and three grandchildren, Kim, Meg, and Jake Graves. They are among many who will honor the life of Mary George Jordan Waite, and we are proud to place her story in the “Book of Memories,” which will be on permanent display at the Alabama 4-H Youth Development Center. 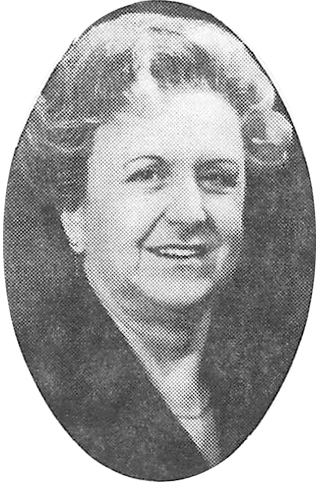