She worked as County Home Demonstration Agent in St. Clair County from 1936 to 1941. She served as Home Supervisor, Farmers Home Administration (1941-42), an Instructor for Foods at Auburn University (1943-46), Extension Specialist in Home Management (1946-47), and in Foods Nutrition (1947). She was selected as District Home Agent in 1947. She was State Home Demonstration Agent from 1958 to 1965, and she retired from the Alabama Cooperative Extension Service in 1973 as Assistant Director of Home Economics.

Mary Jim was recognized nationally for meritorious service in the field of Human Nutrition. Her creative genius in program technology was most instrumental in the establishment of the nationwide Expanded Foods and Nutrition Education Program. The EFNEP was an outgrowth of the Alabama Extension Service pilot project (1964-1969) in Human Nutrition. This successful pilot project served as a model and is the forerunner of the nationwide low-income nutrition program. At the time of her retirement in 1973, Alabama Extension was employing 462 para-professionals working with over 37,000 low-income hard-to-reach families.

Mary Jim Coleman is recognized not only throughout Alabama but throughout the nation for her work in developing materials for use in teaching nutrition. Her wisdom, nutritional knowledge, administrative abilities, energetic spirit, and enthusiasm are personal qualities that contributed to the success of EFNEP.

She was a member and Life Deacon of Auburn First Baptist Church. She was preceded in death by her husband, Thomas J. Coleman.

One of her coworkers honored her by saying, “She was a class act. My prayer is to be as cool, collected, professional, generous, and positive as she was.” For her continued belief in Alabama families, the name of Mary Jim Coleman is inscribed on the dedicatory plaque of the Extension Memorial Chapel. 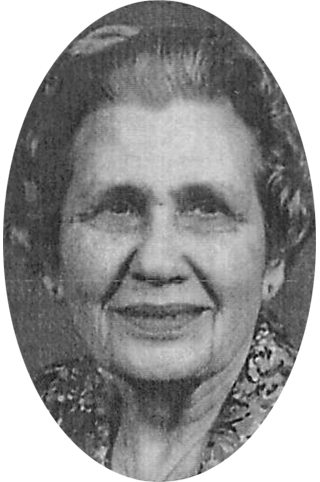