Mary Louise Smith’s family and the family of her husband, Sam Day, were pioneers in the community of Nixburg in Coosa County, Ala­bama. It was there, and in Alexander City, Tallapoosa County, where they moved in 1922, that she and her husband worked to make a better life for themselves and shared that life with others through service. Sam Day was one of the first county agents in Alabama and served the Coosa and Tallapoosa areas for 27 years.

Louise became the very first home demonstration agent in Coosa County on July 1, 1915, one year after the passing of the Smith-Lever Act, which created the cooperative extension system. Her first efforts were with women who wished assistance in canning vegetables for use in the winter months. She expanded this first effort into other labor-saving ideas and began organizing girls 4-H Clubs in Coosa County. She remained in the work until June 30, 1919, when she had to stop to give full time to her role as a homemaker for her husband, son Samuel Mason, Jr., and daughter Martha Carolyn.

When Sam Jr. entered college, Louise returned to her earlier career of teaching. After the death of Sam Sr. in 1941, Louise continued to participate and contribute notably in many community organizations and the Presbyterian Church, where she taught the Women’s Bible Class for many years.

For 20 years, Louise conducted a daily radio program for the prestigious Frohsin’s Store in Alexander City. Mr. Ralph Frohsin, owner, wrote in his recently published autobiography, “Mrs. Day was not exactly an employee; she was more a town celebrity who happened to have very close contact with the store. She also possessed the art of making friends easily. After her retirement from teaching, I asked her to do a reg­ular radio program with Frohsins as a sponsor. It was a news program oriented to the people and communi­ties within our WRFS listening area. The people loved it and Mrs. Day. It seemed as though activity came to a halt every day at 12:45 for Daily Doings With Mrs. Day. She was honored with the United Press Citation for the Best Women’s Radio Program in Alabama. It was a great loss to the town when Mrs. Day passed away.”

Her honors also included the first honorary degree awarded by the Alexander City Junior College, and she was commended on her many contributions by the Alabama Legislature in 1975.

Louise Day was an institution in her own right due to her varied and generous gifts of time and energy to the progress of the community in which she lived. She lived a full and productive life until her death on May 4, 1976, one month before her 85th birthday. It is in honor of her devotion to helping others that the name of Mary Louise Smith Day is inscribed on the dedicatory plaque of the Extension Memorial Chapel. 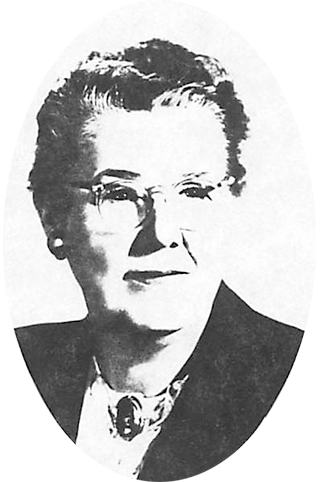