“I believe that the important things of life are not material possessions, but spiritual values of compassion, kindness, charity, and love. Convinced that the only unattainable goals are the ones that are unattempted and thankful to God for each day of life, I enjoy my work and strive for excellence in everything I do.” (Author Unknown)

This poem, shared by an Extension Agent in DeKalb County, best describes the life of Mary Louise Walker.

Mary Louise Walker was born in White County, Tennessee to Porter Sewell Walker and Edna Taylor Walker on May 7, 1917. She had an older sister, Martha, who became an art teacher. Louise’s mother created in her youngest daughter an interest in homemaking skills. Louise was educated in Guntersville and graduated from Marshall High School. She attended David Lipscomb College in Nashville, Tennessee, and later, she transferred to Cornell University, where she studied nutrition. Louise studied at Auburn University and worked toward her Masters’ Degree.

Louise’s career with Alabama Cooperative Extension Service began in Jackson County in 1954, after which she transferred to Blount County. In 1962, she transferred to DeKalb County, where she worked until her retirement in December 1978. Prior to her time with Extension, she worked five years with the Federal Government.

Louise was a most organized and thorough person. Perhaps one other greatest contribution as an Extension Agent was the development of teaching materials for the use of preparing volunteer leaders to present educational programs. Her bulletins and visuals were shared freely throughout the state and were often reproduced by colleagues in other counties. It has been said that “thoughtful and kind” described the manner in which Louise lived. Coworkers say she was always a lady and never got angry and demanded her way. New workers were made to feel welcomed and she did all she could to make them feel a part of their “new environment.”

Louise was recognized and honored on many occasions for her loyalty and work with Extension. When she retired in December 1978, the DeKalb County Commission proclaimed December 29, 1978, as “Mary Louise Walker Day.” The proclamation stated that Louise “had served above and beyond the call of duty with DeKalb County Extension Service and had devoted herself totally to the education of the citizens of the community.”

In tribute to the life and work of this devoted worker, the name, Mary Louise Walker is inscribed on the dedicatory plaque of the Extension Memorial Chapel. 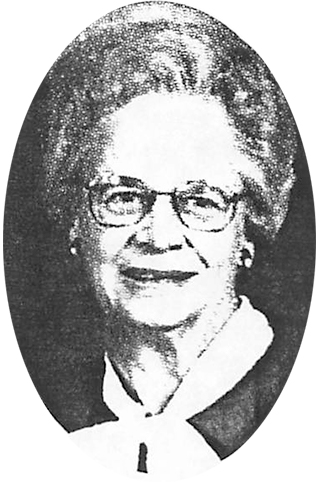