Mary Sue Jones Tillery was born on May 10, 1916, to Ben C. and Leona Jones in Massey, Alabama, outside of Falkville. She graduated from Falkville High School in 1934, attended Athens College for one year, and then transferred to Auburn University, where she received a Bachelor of Science degree in vocational home economics in 1940.

She taught high school for three years and worked at the Anniston Ordnance Depot for two years during World War II. In September 1947, she joined the Alabama Extension Service as an assistant agent in Hamilton, and in the spring of 1948, she transferred to the Cullman office. Mary Sue was a home extension agent until her retirement in February 1977. She was selected as one of Cullman’s most outstanding citizens in the county’s first 100 years. She was well known as an avid Auburn football fan.

During her years with Extension, Mary Sue worked with the Expanded Foods and Nutrition Program from its beginning in 1969 and continued until her retirement in 1977. Mary Sue trained and supervised program assistants to teach nutrition and food preparation to low-income families with children. She also worked with the Extension Homemaker Clubs beginning in 1947. Until her retirement, Mary Sue provided leadership, training, and programming for Homemaker Clubs in 36 rural communities.

Throughout her life, Mary Sue was very interested in many different activities. Following extensive surgery in 1964, she became accomplished in knitting and enjoyed making many sweaters, scarves, and afghans for her family and friends. Her interest in fashion was evident in the many beautiful clothes she had tailor-made for herself. Fitness was also one of Mary Sue’s life-long interests. She enjoyed five-mile daily walks and joined the first fitness club to open in Cullman.

Those who worked with Mary Sue will always remember her dedication to her work and the humor necessary to sustain such a long career. She was fond of saying, “It’s easier to get forgiveness than to get permission” when referring to dealing with supervisors at Auburn. At Mary Sue’s retirement, she announced that “I’m done toting and repoting!”

To honor this lady and her dedicated work in Cullman County, we inscribe the name of Mary Sue Tillery on the dedicatory plaque of the Extension Memorial Chapel. 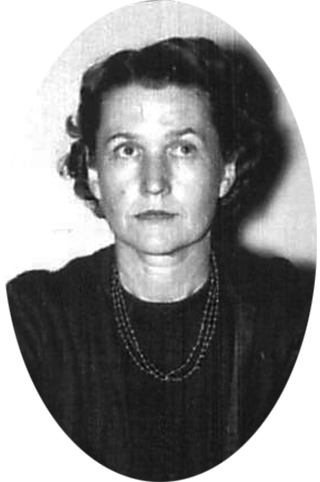