Maude’s early education inspired her to seek a Bachelor of Arts degree from Huntingdon College in Montgomery. She studied there from 1924 to 1928. At several other times, she took short courses at Columbia University in New York, the University of Tennessee in Knoxville, and at Ala­bama College in Montevallo, Alabama. Her professional career began as a Home Economics teacher in Guntersville, Alabama, where she worked from 1928 to 1929. She then spent four years in Union Springs also teaching Home Economics.

In 1933, Maude joined the Alabama Extension Service as an assistant home demonstration agent in Perry County. She worked there less than a year and then secured a position with the Farm Secu­rity Administration (now Farmers’ Home Administration), where she was employed for a dozen years.

The pull of Extension work brought Maude Woodfin back to Perry County as a Home Demonstra­tion Agent. Two years later, she transferred to Montgomery County, where she remained until her death.

Those who knew Maude best described her with such words as “conscientious,” “dedicated,” “loyal,” and “painstaking.” No job was too big for her; no job was too small for her to give her best to. She was a distinct credit to her profession.

In recognition of her many contributions, the name Maude C. Woodfin is inscribed on the dedica­tory plaque of the Extension Memorial Chapel. 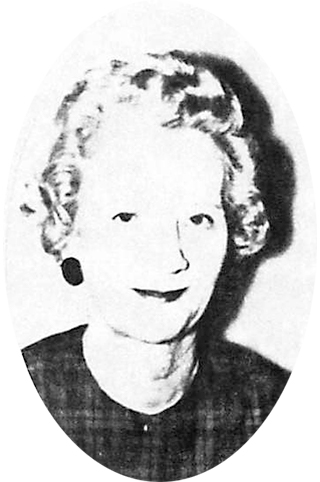