Maude Eudora Beaty was the fifth child of ten children born to Lawson and Nora Hartzog Beaty. She was born November 18, 1905, at the family home about two miles west of the commu­nity of Texasville in Barbour County, Alabama.

She attended the Barbour County public schools, including Corinth, Texasville, and Louisville, graduating from Louisville in May 1925. She played on the school basketball team. Immediately upon graduation from high school, she enrolled at Troy Normal in Troy, which she attended for several months.

Upon completion of business school, she was employed in the office at the Britt Infirmary in Eufaula. She worked as a bookkeeper for Sam K. Adams of Texasville for a number of years. On August 16, 1943, she began employment with Barbour County Extension Service in Clayton where she served as secretary to County Agents F. C. Clapp and J. W. Walton until her retirement on June 30, 1969. She became an integral part of the County Extension office, devoting whatever time and effort it took to get the job done. She responded to her work with her characteristic good nature and willingness to go that extra mile that is so often necessary in the county agent’s office.

In 1924, Maude Beaty joined the Texasville United Methodist Church and remained a very active member until her death on November 21, 1994. She held several offices in the church, including secretary and treasurer, and was the pianist for many years.

Maude had several hobbies for which she was known. She enjoyed gardening, crocheting, tatting, and latch hooking. She was family-oriented, although she was never married and had no children. She was always interested in the welfare of her siblings and her seven nephews and six nieces, willing to lend a helping hand at any time.

It is to honor her “helping hand” to the people of Barbour County that Epsilon Sigma Phi places the name of Maude E. Beaty on the dedicatory plaque of the Extension Memorial Chapel. 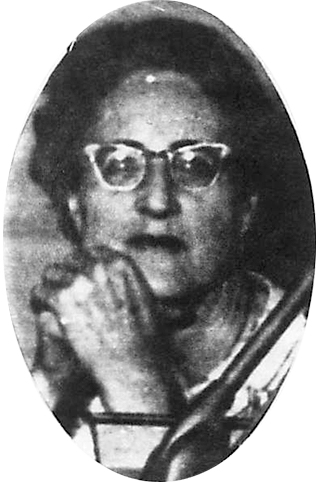