May I. Cureton served the Extension Service well in home dem­onstration work for 31 years. As district home demonstration agent for North Alabama, she was loved by many and respected by all.

Miss Cureton was born on January 30, 1877, in Rising Fawn, Georgia. She attended high school in Chattanooga, Tennessee, and spent two years of college at Martha Washington in Abingdon, Virginia, and two years at George Peabody College in Nashville, Tennessee. She was the princi­pal of a public school in Georgia for seven years prior to her career with the Extension Service.

A faithful and efficient Extension worker, May Cureton was effective in her projects and pro­grams. Held in high esteem by those she helped, her service was greatly appreciated and she was loved by coworkers, farm families, and especially the young people in 4-H.

In 1944, Miss Cureton was named 1944 “Woman of the Year in Service to Alabama Rural Progress” by Progressive Farmer magazine. In honoring Miss Cureton, the magazine’s editor said in part: “This hard worker has such a warm manner and such a genuine interest in people and in farming as a way of life, rather than merely a vocation, that everyone loves her.”

As a lasting tribute to this woman and her life’s work, the name of May I. Cureton is inscribed on the dedicatory plaque of the Extension Memorial Chapel. 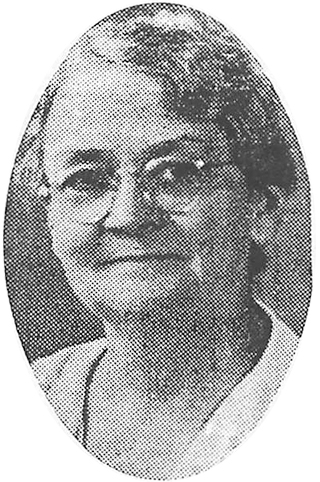