Mayme was the secretary in the Macon County Extension Office. That was a big job and one which she carried out well, according to her performance appraisal forms over the twenty­-three years she worked. There were six years in there, from 1965 to 1971, when she worked in Auburn at the state headquarters in the 4-H staff group, but she requested the move back to Tuskegee in order to be closer to her home, and her request was granted.

Mayme was born and educated in Tuskegee, graduating from Tuskegee Institute High School in 1945. She attended the Thurston Secretarial School for two years from 1956 to 1958 and joined the Extension staff in Tuskegee on May 1, 1963.

Mayme worked for several well-known Extension Agents and there were many good words said about Mayme’s work over the years. She was very cooperative, dedicated to her work, an asset to the office, demonstrated leadership, and maintained a high level of proficiency. Mayme was deserving of all these good remarks. She enjoyed her work at the Macon County Office and work­ing with the people of the county as they called or came by to discuss problems with the Exten­sion Agents.

She officially retired on January 31, 1987, but helped out in the office on a part-time basis until her tragic death on July 5, 1991. Her son Edward Roger Knight was also taken that day in the same tragic incident.

Mayme’s survivors include three sons, Solomon Knight, Jr., Clifton Knight, and Nathaniel Leon Knight; her mother, Marie Marcus; and a host of other relatives and friends. Mayme will be missed.

To show appreciation for her over twenty-three years of service to Extension work, the name of Mayme Knight-Ligon is inscribed on the dedicatory plaque of the Extension Memorial Chapel. 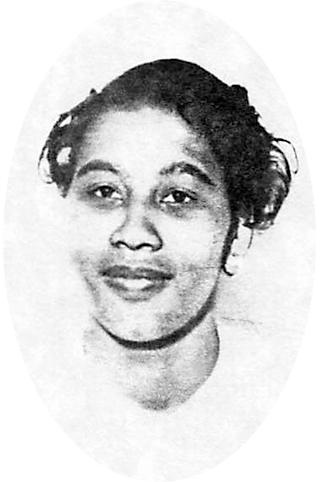