Mazie Lee Howard was born in Tensaw, Alabama, and later moved to Bay Minette, where she attended the public schools of Baldwin County, graduating from Douglasville High School. She received her B.S. degree in Home Economics from Alabama A&M University in 1966 and began teaching at Clay County Training School. In 1972, she accepted a position as an Extension Agent with the Alabama Cooperative Extension Service. She continued to further her education by completing a Master in the Arts of Teaching from the University of Montevallo in 1977.

Mazie’s work impacted the lives of numerous children and adults in Calhoun County and across the eastern region of Alabama as she educated the community with programs such as 4-H, 4-H DOT, Today’s Mom, and Mom’s Helper.

Working for Extension for 33 years, and serving in various positions including assistant county agent, county agent, County Agent Coordinator, and state and regional EFNEP specialist, and Regional Extension Agent in Food Safety, she continued to help the children and families make the most of their resources.

She had the responsibility for training and supervising six 4-H DOT program assistants. The program assistants and more than 40 volunteers taught low-income, limited resource youths nutrition education information. Educational games and activities were the basis of the instructions.

The Urban 4-H program involved city schools and community clubs. Projects such as mini gardening, bicycle care, and safety, and photography were used to teach youth. These youth then participated in
district events.

She served as president of the Alabama Cooperative Extension System Employees Organization and the National Extension Association of Family and Consumer Science Alabama Affiliate. She was active in community and church activities, and especially active in parent-teacher organizations when her children were in school, assuming leadership in those groups.

She received the 4-H Home Economics Award in 1984 from the Alabama Cooperative Extension System Employees Organization. She received a Proclamation from the State of Alabama and Governor Bob Riley for her outstanding service to the state.

Mazie was an extremely religious person and continued to serve her Lord faithfully through her illness and untimely death at age 61. Mazie is survived by her husband Fred Wilson, three children, Jeffred, Yvette, and Elfreda, and two grandchildren.

For her dedication to Alabama families, the name of Mazie H. Wilson is inscribed on the dedicatory plaque of the Extension Memorial Chapel. 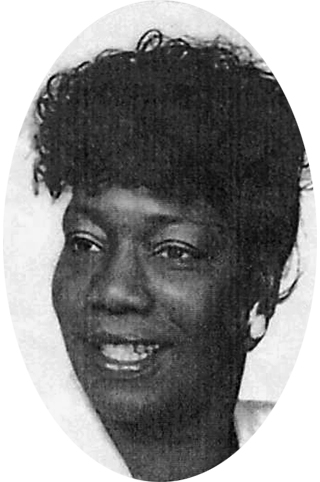