Dean Bond once described himself as “just an old country boy who made a living out of his hobby.”

A newspaper reporter, after interviewing Dean, concluded that “he’s got Southern earth in his soul.” That about says it all for the man who spent 29 years with the Alabama Cooperative Extension Service at Auburn University. The self-proclaimed old country boy died on July 11, 2009, at the age of 89.

The reporter also captured another of Dean’s philosophies: “A friendly man who finds social formalities extravagant and superficial.” There was nothing superficial about Dean Bond. He never tried to be anybody but himself. He knew peanuts and he knew soybeans. But he never seemed happier than when he became a home gardening specialist. He could hold up a ripe homegrown tomato and admire it as if it were fine jewelry. He scoffed at a lot of shipped-in vegetables as having the taste of unflavored Jell-O. The state’s farmers and gardeners, thousands of them, depended on Dean for the latest research information. They appreciated his down-home, sitting-on-the-front-porch approach to education.

There’s another thing about Dean Bond. He never let a little sweat send him home to air conditioning. A picture of Dean at his vegetable garden shows him wiping the perspiration from his face. He had learned about sweat and hard work on the family farm near Clayton and on the surrounding farms of his relatives.

The Navy veteran, with a degree in agricultural science from Auburn, started work with the Extension Service in 1955 as an assistant agent in Dothan. He also earned B.S. and M.S. degrees in agricultural education at Auburn.

He and his wife, Evelyn, affectionately known as Brownie, moved to Auburn in 1960 when he was promoted to Extension specialist in peanuts and soybeans. The Bonds had been married 62 years at the time of his death. Survivors in addition to his wife are a daughter Jeanne Townsend of Knoxville, Tennessee; one son, Johnny, of Charlottesville, Virginia; and three grandchildren.

He touched the lives of many people in Alabama, and to honor his life, the name Merrill Dean Bond is inscribed on the dedicatory plaque of the Extension Memorial Chapel. 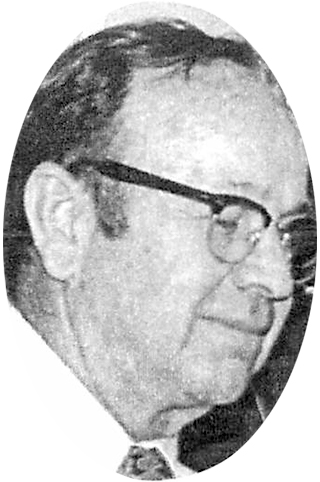