Mike Hubbard learned citizenship and leadership skills as a Georgia 4-Her and has spent his career using those skills to help others in east Alabama and beyond, giving credit to the youth development organization for the foundation of his success.

A 1983 graduate of the University of Georgia with a degree in radio and television, Hubbard came to Auburn two weeks after graduation and worked for six years in the Athletic Department. He worked directly with two successful Heisman Trophy efforts: Herschel Walker while he was a student at Georgia andBo Jackson at Auburn.

In 1998, Hubbard was first elected to the Alabama Legislature and continues to represent the voters of District 79. He currently is House minority leader, the highest-ranking Republican in the House of Representatives.

Hubbard is a willing and active supporter of Alabama 4-H. He is a founding Legislative Sponsor of Citizenship Alabama Focus, an Alabama 4-H program started in 2008 to teach Alabama youth citizenship and leadership skills they can put to use in their hometowns. He was instrumental in providing guidance and insight into the creation of CAF and has served as a keynote speaker. Additionally, Hubbard has provided statewide marketing and promotional support to 4-H.

Georgia 4-H taught Mike Hubbard 4-H skills; Alabama 4-H is grateful to be one of the many organizations to reap the benefit of Mike Hubbard’s commitment to leadership and citizenship. 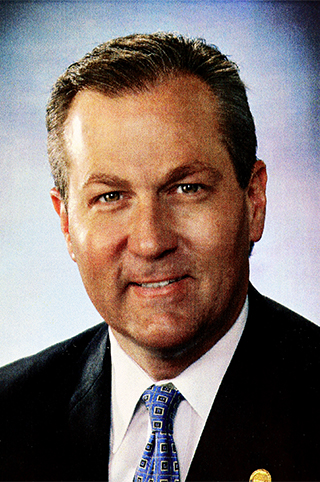