“A true lady who believed in what she did” is how one co­worker describes Mildred Ward. Her career with Extension in Houston County started when agents did both 4-H work and adult work. She often worked with young people in the morning and with their mothers in the afternoon.

Mrs. Ward began her Extension career on May 1, 1955, as Home Demonstration Agent in Houston County and retired as County Agent on June 30, 1986. She worked with EFNEP, 4-H DOT, food preservation, and general foods and nutrition. She served as coordinator and chair for the food preservation section at the National Peanut Festival. She also worked with 4-H’ers and had a number of district, state, and national winners.

The mass media was one of her major outlets for keeping her clientele informed about her programs. She wrote weekly new articles for The Dothan Progress and did television shows on a regular basis. Her presence on television provided a role model for young girls who wanted careers. “She was so natural and so energetic that it caught the attention of all of us,” says one viewer. “We were encouraged and wanted to be just like her.”

Mildred Maye Ward was born December 23, 1926, in Sumter County, Alabama. Her parents were Herbert and Susie Maye. She received her B.S. degree from Alabama A&M University in 1954 and an M.S. degree from Tuskegee Institute in 1962. Prior to her Extension career, she was a classroom teacher (1953) in Livingston, Alabama. She was married to the late Price Ward, Jr.

Mrs. Ward was a member of the Alabama Cooperative Extension Service Employees Organization, the Alabama Association of Extension Home Economists, and of the Alabama and National Education associations. She was the recipient of several awards from these organizations, including the Certificate of Achievement, the Leadership Award, and the Outstanding Agent in 4-H and Adult Work.

Mildred Ward is known for her belief in families and helping them have good lives in Houston County. She was very serious about her job and continued to encourage the younger agents to do the best they could do.

For her inspiration to Extension staff and for her belief in Alabama families, the name of Mildred Maye Ward is inscribed on the dedicatory plaque of the Extension Memorial Chapel. 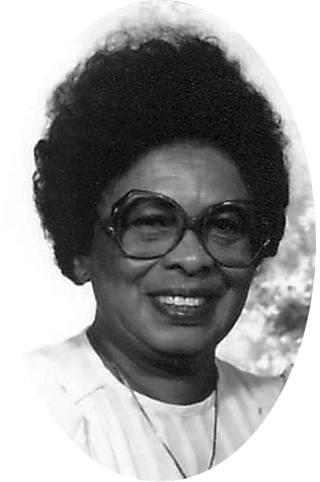