Helping others was always a guiding force in the life of Mona Whatley. During her forty-six-year career in home economics, she helped thousands of women and girls improve home life for their families. While teaching home economics and science in Rowand County, North Carolina, and Montgomery, she was known for being an excellent teacher and for instilling self-confidence in her students and helping them to develop a sense of pride in their accomplishments. She taught workshops around the end of the war on slip covering and reupholstery, including making and refinishing some furniture. She even taught her students and Extension clientele to make rugs, drapes, and curtains.

Miss Whatley began her career as an assistant home agent with the Alabama Cooperative Extension Service in 1941 when 4-H work first began in Mobile County. She was promoted after only 4 months to assistant home demonstration agent. She was transferred in 1942 to Livingston as a home demonstration agent but returned to Mobile in the same capacity in 1945 and remained there until her retirement. Miss Whatley was well known in Mobile for her television and radio programs about food and nutrition.

In the 1960s, the main concern of Miss Whatley’s was building a leader training program in Mobile County for the older 4-H girls, to train them to be home demonstration leaders. She was responsible for the home demonstration councils sponsoring girls to attend leadership camps.

Miss Whatley retired in 1974 but continued to be active in community work.

Miss Whatley wanted to be remembered as someone who did all she could to help others improve their lives. She passed away in 2008 at the age of 102. There is no doubt that she will be remembered as she hoped. Mona Whatley was a true public servant. We pay tribute to this wonderful lady and her work by adding her name to the dedicatory plaque at the Extension Memorial Chapel. 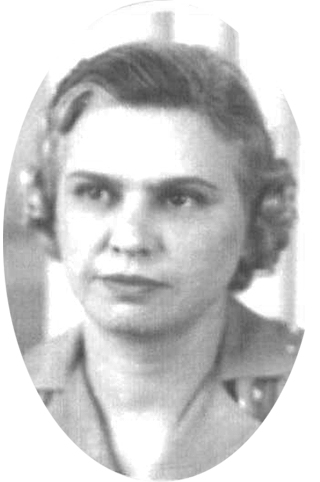