Monte J. Baugh was a Regional Extension Agent on the Commercial Horticulture program priority team serving Blount, Calhoun, Cherokee, Cullman, DeKalb, Etowah, Marshall, Morgan, and St. Clair counties. One of his co-workers says: “I knew Monte was a “natural” at Extension work, maybe before he did himself. He loved people and loved helping people. He had a great personality and the ability to make anyone feel at ease around him. Everyone liked Monte. He made a connection with his co-workers where we felt like he was an old friend…not a new acquaintance.”

About three months after his hire date as an Extension agent, Monte was diagnosed with squamous cell carcinoma. Monte’s cancer simply began as a spot on his tongue that caused irritation. Monte endured and recovered from his first surgery, followed by a healing period and then a seven-week series of radiation treatments.

Six months after his surgery he conducted an evening seminar on strawberry production. Monte called his Dad as he traveled home. He was so excited. He had spoken to about 50 people for over two hours and no one even realized that a quarter of his tongue had been removed in surgery. He was also very excited about helping so many people grow strawberries and grow them better. Prior to that evening, Monte had expressed some uncertainty about his job and if he would be good at it. The success of this meeting confirmed to Monte that he was right where he needed to be.

Those attending the Celebration of Life for Monte were asked to bring a potted plant. After the service, families were encouraged to take one to plant in his memory. A Jane Magnolia has been planted at the Morgan County Extension office, which served as his home base during his short career. Only let your manner of life be worthy of the gospel of Christ. (Phil. 1:27)

Monte’s family included his wife, Martha Lee Anne Baugh, and son, Henry Charles Baugh. He is survived by his parents Monte B. and Deborah Baugh; sisters Erin and Dia.

The Alpha Pi Chapter of Epsilon Sigma Phi honors and remembers Mr. Monte J. Baugh by placing his name on the dedicatory plaque of the Memorial Chapel. 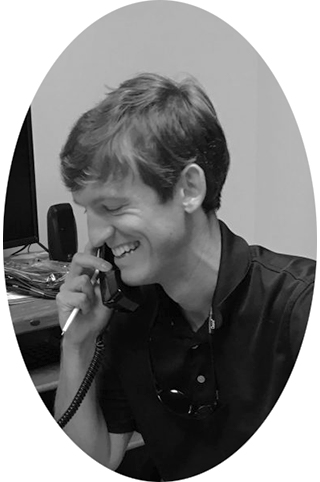