A man of vision, dreams, and dedication to youth, Dr. Cecil Mayfield touched the lives of an estimated one million Alabama youth, plus the 150,000 youth who attended the Alabama 4-H Youth Center. Known as “Mr. 4-H,” Dr. May­field devoted 19 years toward an achievement of which he was most proud — the bringing of an Alabama 4-H Youth Center, located in Shelby County, Alabama, to a reality. Dr. Mayfield’s dream of a state center for the development of disci­pline and leadership skills in all of Alabama’s 4-H youngsters came to life with the development of the 5 million dollar facility in Shelby County.

Decades before the center was constructed, Dr. Mayfield was instrumental in raising the first one million dollars, which was held in trust for the future center. In addition, he worked to ensure 4-H grew throughout the years to offer programs benefiting both rural and urban children. His tenure was marked by the expansion of choices of projects that reflected new youth needs in a fast-changing society while strengthening traditional agricultural science activities. Under his leadership, the Alabama 4-H program was regarded as among the strongest in the nation.

Cecil Mayfield began his career with Alabama Cooperative Extension Service as Assistant County Agent in Mobile, where he was named 1957 Junior Chamber of Commerce Man of the Year. He came to Auburn, his Alma Mater, in 1961 as a 4-H Specialist and was promoted to State 4-H Leader in 1970.

When Dr. Mayfield retired in 1989 with 34 years of service, he continued to volunteer at the State 4-H Center for several years. The Mayfield Recreation Building is named in his honor. Dr. Mayfield loved young people and wanted them to believe that they could accomplish whatever they wanted. He was a first-class motivator. Youngsters far and wide knew, respected, and admired him.

A “people-oriented” person, he had a love and concern for young people, but also showed the same concern for family, friends, and coworkers. He was passionate about his work, and his entire career with the Alabama Cooperative Extension Service affected 4-H. It was his life and his love.

Born Morris Cecil Mayfield in Hale County, Alabama, he was the son of Mr. and Mrs. M.T. Mayfield of Stewart. He grad­uated from Akron High School, Akron, Alabama, and attended Auburn University, graduating with a B.S. Degree in Agri­cultural Science. In 1967, he received a Master’s degree in Agriculture from Auburn University and a Doctorate of Extension Education from Louisiana State University in 1971.

Dr. Mayfield was the recipient of many awards and honors and was active in many church, school, civic, and professional organizations, among them Gamma Sigma Delta and Epsilon Sigma Phi. The Alabama 4-H Club Foundation named a room in his honor at the National 4-H Center in Chevy Chase, Maryland.

Cecil Mayfield died on Sunday, February 25, 1996. As a lasting tribute to this man and his life’s work. the name of Morris Cecil Mayfield is inscribed on the dedicatory plaque of the Extension Memorial Chapel. 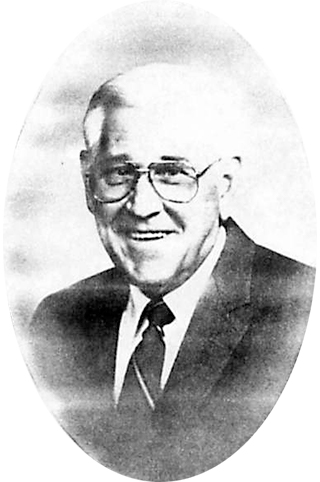