Mrs. Jack B. Hardy was a devoted and respected member of the Extension family for over thirty years. Always conscientious, she was loved by agents, coworkers, and residents of Coosa County, where she worked as a secretary from 1946 until her death in 1977.

Mrs. Hardy was born on November 10, 1915, in Frisco City near Monroeville. She attended Ala­bama College (now Montevallo) and received her B.S. degree in 1936. The next five years found Mrs. Hardy working as secretary to the President of Montevallo College.

Other places of employment included the B.F. Shaw Company and the Alabama Ordnance Works in Childersburg. Mrs. Hardy then accepted the job of secretary for the Coosa County Extension office. The people of Coosa County were fortunate in having such a dedicated servant. Many great projects were aided by the diligent work of Mrs. Hardy.

County Agent Jim Hubbard supervised the work of Mrs. Hardy during a major portion of her ten­ure as a secretary in Coosa County. He said, “I’ve never had a secretary as efficient as she was.” Mrs. Hardy almost acted as a county agent in that she could answer most questions of farmers when all other agents were out of the office. She was highly respected by the local farmers as well as all coworkers.

Her devotion to this position resulted in thirty-one years of continuous service. It is fitting that a lasting tribute to Mrs. Jack B. Hardy and her life’s work be commemorated on the dedicatory plaque of the Extension Memorial Chapel. 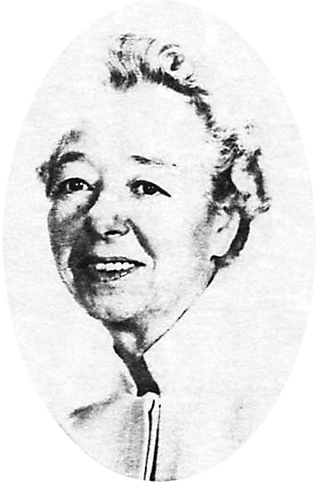