After an illustrious 35-year career as a Registered Nurse, Nellie Yelder still wanted to continue her service to mankind – and so she joined the Alabama Extension family as Health Educator.

A native of Selma, Nellie Yelder excelled in school at a young age and always set her sights high. From her early years, Nellie knew she would be a nurse some­day. So after graduating from Knox Academy in Selma, she entered Tuskegee Institute in 1935 and began her nursing studies. She worked hard and earned her ‘cap’ in 1938. Her first job was as a school nurse in Port Arthur, Texas.

During the next seven years, Mrs. Yelder felt called to several other cities around the country -­ New Orleans, St. Louis, Chicago – where she held the position of Assistant Head Nurse in large city hospitals. Throughout her working years, this remarkably energetic woman married, had two children, and continued her education, receiving her B.S. degree in Nursing and taking various short courses to enhance her already broad knowledge of the field. Nellie Yelder’s name was on the membership list of many service and professional organizations including the Red Cross, American and Alabama Nurses Associations, YMCA, Adult Rehabilitation Board, The Tombig­bee Environmental Board, Cancer Board, Public Health Workers Education Association. She also wrote health news articles and presented vital information on both television and radio.

When the opportunity came, Mrs. Yelder was glad to return to her roots. She was asked to serve as Dallas County Public Health Nurse and did so for twenty-three years (1946-1969). In 1969 Nellie Yelder became Assistant Director of Nursing Services for O.E.O. until her retirement in 1973. She then enjoyed a six-and-one-half-year career with the Cooperative Extension Service as Health Edu­cator, stationed in Selma. Among her duties was the overseeing of thirty-three southern Alabama counties. As she traveled the roads and visited the people her reputation as a caring and giving person grew. Nellie Yelder earned her place in the hearts of those she served. Nothing made her happier than providing the knowledge and care that helped hundreds of Alabamians be and stay healthy. Honored, loved, admired – Nellie Yelder is now recognized for the life of service given to her fellow man.

It is fitting to honor this lady by inscribing the name Nellie A. Yelder on the dedicatory plaque of the Extension Memorial Chapel. 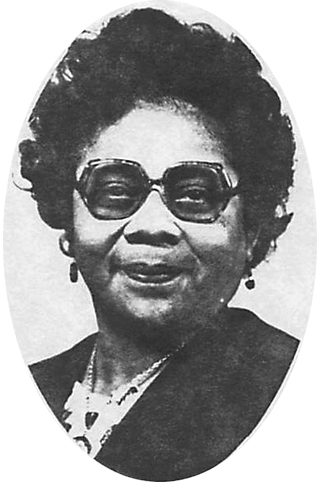