Exhibits, demonstrations, and 4-H Record Books kept 4-H staff in touch with Fariss Prickett. Each year, an early spring deadline sent 4-H Record Books for both junior and senior foods projects to Auburn. In a month, the 4-H staff was divided into small groups across Alabama. Miss Prickett brought those records for judging. Hours were spent on writing the correct comments for each book.

Then the District 4-H Round-Ups were scheduled. If you didn’t volunteer yourself, you soon would be called to serve as the facilitator for Baked Foods Exhibit, Dairy Foods Demonstrations, or Egg Cookery Demonstrations. A suitcase would be in the room designated for the event. Judges’ folders, cleaning supplies, pointers, easels would come tumbling out. It was exactly what was needed for the event. And the same was true for State 4-H Congress. The suitcases would be there in place just waiting.

Thank-you notes were a must. Each 4-H agent, a 4-H member who participated, and especially the facilitators, received a list of judges and sponsors. And Miss Prickett seemed to know who wrote the best notes.

Miss Prickett knew more about the Alabama 4-H Foods program than anyone else. She graciously gave advice, critiqued records going for national 4-H judging, and mentored many of the county staff in the area of 4-H. But that was not her only avenue.

Miss Prickett completely revised and simplified the Auburn Cookbook and, under her direction, the cookbook was translated into Japanese. She also helped make it possible to reach EFNEP pilot project clientele who had limited reading abilities.

She was recognized as one of the 75 honorees at the Alabama Home Economics 75th Anniversary in 1986. She also received the Extension Award for Excellence in Home Economics. In 1988, she was inducted into the Extension Hall of Fame. Fariss was a life member of Epsilon Sigma Phi.

Miss Prickett was born in LaFayette and graduated from Lee County High School in 1938. She received her S.S. in home economics and M.S. in foods nutrition from Auburn University. She taught home economics in Florida and Alabama and was Assistant Home Demonstration Agent in Etowah and Lauderdale counties. In 1971, she was appointed Specialist in Foods and Nutrition. In 1983, she was promoted to the 4-H Specialist in Foods and Nutrition, including the youth phase of EFNEP (DOT).

As a lasting tribute to her pioneering and enterprising efforts, the name of Fariss Prickett is inscribed on the dedicatory plaque of the Extension Memorial Chapel. 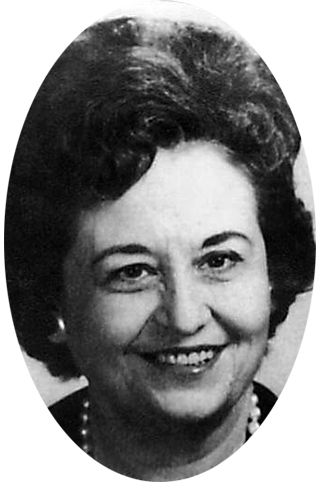