Born on January 17, 1929, Ollie Mae Raybon learned early in life to love the people around her. She knew she wanted to help others and share her knowledge. A 1948 graduate of Carver High School in her native town of Union Springs, Miss Raybon went directly to Tuskegee Institute to pursue a college degree.

In 1952, Miss Raybon was awarded the B.S. degree in Home Economics. As a student, she had gained practical experience in areas that were of benefit in her studies. Time spent as house­keeper, in food preservation, and the care of children greatly increased her understanding of the lives she would later affect through her Extension service.

Additionally, Ollie Raybon participated in the 4-H Club and New Homemakers’ Club of America. As soon as she was granted her degree, she applied for a position with Extension. She so wanted
to be a part of this organization that her application stated she has “no preference as to section of the state” as an assignment.

Miss Raybon was successful in gaining the post of Home Demonstration Agent in Perry County. The years 1952 to 1967 were happy ones for her. Through her efforts, many lives were improved. Extension programs and projects were presented to hundreds of rural families by this dedicated worker.

Also active in church and community affairs, Miss Raybon won the hearts of all she came near. A lengthy illness forced her to accept disability retirement at a young age. Her death comes all too soon when she was only 39 years old.

In tribute to her efforts and successes, the name Ollie Mae Raybon is inscribed on the dedicatory plaque of the Extension Memorial Chapel. 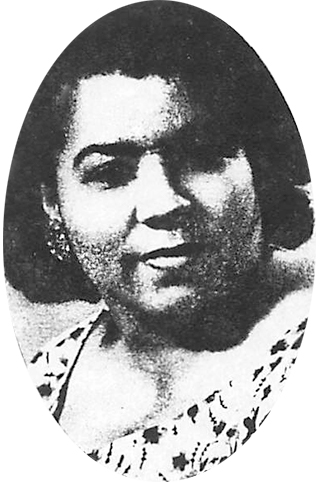