John Hopkins Christenberry and his wife, Mattie Alieze, like their neighbors in rural Perry County, Alabama, and like nearly every other family in America, struggled to survive the economic hardships of the Great Depression. They did. And a lot of the credit goes to their oldest daughter, O’Neal, who at age 13 went to work as a bookkeeper at her uncle’s store to earn extra money and whose moxie, grit, and determination inspired and encouraged her five younger siblings to reach for, and achieve, goals they could only dream of.

She had a way of inspiring others, too, including her own family of husband and two children years later. And as an Extension agent, she helped shape the lives of thousands of young 4-H Club boys and girls and later the many economically disadvantaged homemakers who learned to feed their families nutritious meals with near non-existent resources. She was the quintessential Extension Service agent, whose passion for helping others left an indelible positive imprint on the many lives she touched.

From the start, O’Neal was determined to see that her younger brothers and sisters achieved their dreams in life. She pushed. She encouraged, she preached to their values, honesty, and integrity, all the while putting her own dreams on hold. Sister Eloise Holifield semi-retired from a 50-year-career at Marion Bank & Trust. O’Neal strongly encouraged her sisters Margaret (Mrs. Drew Brown of Auburn) and Emily (Mrs. Fred Lacy of Auburn) and brothers Johnnie (deceased) and Boyd (retired Montgomery business executive) to earn college degrees. They did. To her siblings, she was always “Sister” — an endearing name spoken through the years with deep love, respect, and appreciation.

Finally, at age 35, “Sister” herself entered Montevallo, transferred to Auburn, and graduated with a Bachelor’s degree in 1952. Much of her Extension Service career was spent in Tuscaloosa County. She retired in 1981.

In 1954, she was married to Gip Massey, who died in 1997. They had two children, Mrs. Eloise Wise, a school teacher, of Moore, South Carolina, and Kenneth Massey, an attorney, of Memphis, Tennessee. She had one granddaughter, Sara Beth Massey.

O’Neal showered love and devotion and support on her husband and children as she had done earlier with her younger siblings. “She was the most unselfish person I ever knew, always giving to and helping others,” says Mrs. Wise. Proverbs 31:10-30, she believes, accurately describes her mother’s life, one verse of which states, “You bring good to every day.”

O’Neal Christenberry Massey who had brought well on so many days to so many people died on March 21, 2001. Funeral services were held in Tuscaloosa in her beloved Forest Lake Baptist Church, in which she was active for years.

It is indeed fitting to honor this lady by inscribing the name O’Neal C. Massey on the dedicatory plaque of the Extension Memorial Chapel. 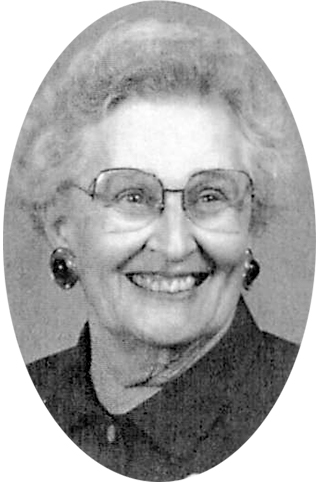