Osburn Charles Helms’ death, April 9, 1991, ended a lifetime of the dedication of a man who was truly a “Southern Gentleman” of the highest order. He was a great “keeper” of the soil and com­pletely happy and satisfied with his career as a County Agent with the Alabama Cooperative Extension Service.

O.C., as he was known, gave 43 years of his life to Extension. He began his long career in Clarke County as Assistant County Agent on July 1, 1930. In 1933, he was promoted to County Agent, later to County Agent-Coordinator, and remained in Clarke County until his retirement on June 30, 1973. He promoted and helped build a strong cattle and timber industry that is still the mainstay in Clarke County. He trained many young agents to become county agent leaders in other counties. He is credited with starting the Grove Hill Stockyard and was instrumental in starting AAA and Farm Bureau in his county. He served as Secretary-Treasurer, Vice President, and President of the Alabama Agricultural Agents Association.

A stalwart in his community, O.C. was the driving force behind the beginning of the First Bank of Grove Hill, now First Bank and Trust. He served as Director and Ex-officio President of the bank until his retirement. Then he served as President and Chief Executive Officer of the bank, all its branch offices, and the holding company until January of 1991. He served in every capacity except the president of the Clarke County Farm Bureau. He was president of Grove Hills’ Chamber of Com­merce and was a director of the local Civitan Club. In his church, O.C. served as a deacon and for several years as chairman of the Board of Deacons.

Other than his family, O.C.’s greatest love, before and after retirement, was working in his garden, orchard, and flowers. His second greatest love was sharing vegetables, fruit, and flowers with his many friends.

O.C.’s last big project, and maybe his most enjoyable, was helping build the Epsilon Sigma Phi 4-H Chapel at the Alabama 4-H Center. He became one of the most “fired up” promoters of the project, and until the night he died, he checked on its progress daily. There is a strong feeling among many of us that he is now looking down on the chapel with a satisfied smile on his face.

For his dedication to the people of Clarke County, to the Extension mission, and to the success of the 4-H Chapel, we respectfully inscribe the name of Osburn Charles Helms on the dedicatory plaque of the Extension Memorial Chapel. 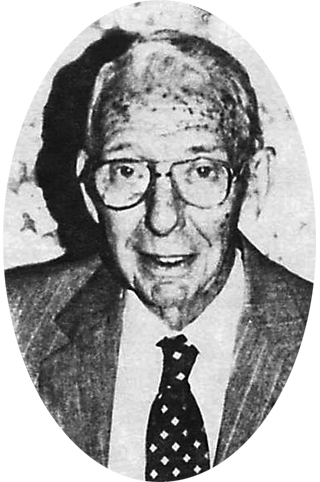