A native of Athens, P. O. Davis became one of Alabama’s most distinguished leaders in agriculture. As third Director of Exten­sion, he served longer than any other director to date. His twenty-two years span from 1937 to 1959.

After earning his B.S. degree from Auburn in 1916, Mr. Davis worked briefly with the Horticul­ture Department for Southern Railway. In 1918, he began work in Extension when that organiza­tion was only four years old. His first assignment was Assistant Boys Club Agent. From that time on, P. O. Davis’s influence was felt from one end of the state of Alabama to the other — and beyond.

As early as 1922, Mr. Davis was instrumental in founding a radio station (WAPI) on the Auburn campus. As Extension Agriculture Editor, he saw the tremendous potential for getting Extension services and information to people all over Alabama through this medium. Up-to-date market reports, agriculture weather forecasts, and other educational information were broadcast from Auburn to community listening parties organized by county agents. In this innovative way, the role of Extension was greatly enhanced and brought into the electronic age.

Mr. Davis led Extension through some of America’s worst times — the post-Depression era and World War II. The success of his programs allowed him to greatly influence the national farm legisla­tion promoted by President Roosevelt. He continued to guide Alabama while the U.S. agricul­tural industry strove to meet the needs for food and fiber during World War II.

Davis also was a prolific writer, with hundreds of articles appearing in newspapers, journals, and magazines. He authored a biography of Edward A. O’Neal III.

Indeed the state and people of Alabama were truly blessed to have had such a devoted servant. This inscription is a tribute to the life and work of a man of outstanding character and service to his fellow man. The dedicatory plaque of the Extension Memorial Chapel will list P. O. Davis as one to be greatly honored. 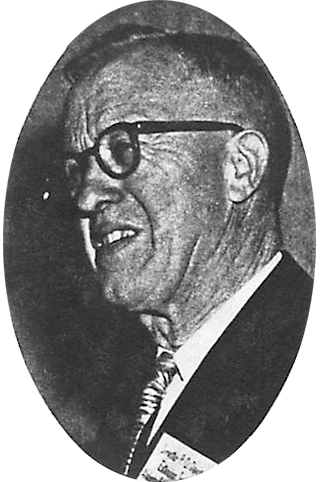