“There was a District Agent who had charge of District III.
She had so many children, and they included you and me.
She looked after our interests, day after day after day
Without her help, we would surely have lost our way.
She managed some raises, and gave good guidance, too,
Never hesitating to tell us what we really should do.
To show our appreciation in a small humble way,
This gift we present to you to spend just any way …
Our love and respect goes along with this, too.
And like the old woman that lived in the shoe,
Without you, dear Patty, I don’t know what we are going to do.”

That poem, written by agents in District ill, was among the gifts presented to their beloved “Patty K.” just prior to her retirement on August 31, 1971. It was just one of the many expressions of love, respect, and appreciation she received from coworkers and friends.

Patty Kroell Parkman joined Extension in early 1947 as a home demonstration agent in Escambia County. Patty, whose husband was killed in a World War II naval battle, threw her heart and soul into Extension. Only five years later, she was promoted to District Home Demonstration Agent of Southwest Alabama with headquarters in Auburn.

Patty, the daughter of a respected Montevallo merchant, graduated from Alabama College in 1930 and began teaching home economics. She then spent 5 years as Home Management Specialist with the Farm Security Administration.

Patty Kroell Parkman died on Monday, May 31, 1976, in a Montgomery hospital after an extended illness and was buried in LaFayette, Alabama. She was survived by two brothers and three sisters. Patty Parkman had many friends who shall always remember her, and now the peo­ple of Alabama can look upon this tribute to her and graciously say, “Thank you, Patty, for mak­ing your career in the Alabama Cooperative Extension Service.”

For this reason, to have a lasting tribute to her and her work, the name of Patty K. Parkman is inscribed on the dedicatory plaque of the Extension Memorial Chapel. 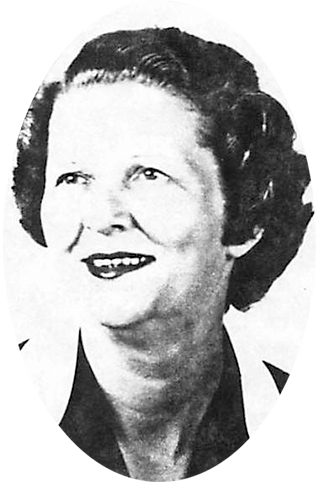