Paula Morrison entered life on August 26, 1948, in the town of Fort Payne, Alabama. She lived only 40 years, but during that time, she won the love and admiration of those who knew her.

Paula always wanted to add to her knowledge of home economics. In 1966, she entered Northeast State Junior College and two years later had earned the Associate of Arts degree. She went from there to Jacksonville State University to pursue a B. S. degree in home economics. In 1968, she was awarded the degree she so much wanted.

During her college years, Paula worked at a local dimestore in her hometown. She met and helped her neighbors every day. She also yearned for a full-time job in her field of study. In 1970, she made an application to the Extension Service. With many excellent recommendations in her file, it was not long before a position was offered. On September 1, 1970, Paula Morrison was appointed Assistant County Agent for Randolph County.

She was described as “well-trained, sincere, and most enthusiastic.” It became quickly obvious that the right decision had been made in hiring Paula. She dived right into the responsibilities of being an Extension agent.

For several more years, she devoted herself to implementing programs and initiating projects. However, in 1976 she resigned and soon was the proud mother of twin boys. She soon became a clothing specialist at the local vocational school and maintained Extension ties by being a local leader, perhaps one of the best Randolph County had. Her beautiful life ended all too soon, how­ever, when she died in 1988 due to cancer. She was missed and mourned by many.

In honor of the efforts she made and the many wonderful deeds done, the name of Paula M. McCollum is inscribed on the dedicatory plaque of the Extension Memorial Chapel. 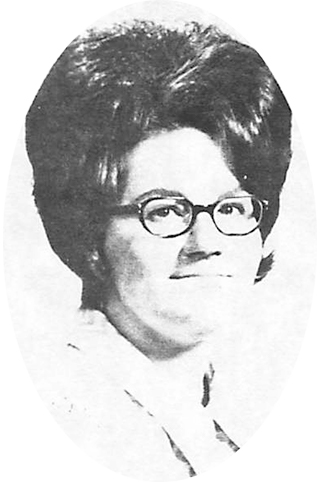