Pauline Ellis Morrow was born in Oneonta, Alabama, on November 1, 1900, and died January 9, 1976. She lived her entire life in Blount County, except for four years when she moved to Cullman County to be with her husband T. S. Morrow, who was employed by the Alabama Agricultural Experiment Station.

After graduating from Blount County High School in 1918, Mrs. Morrow completed a course at a business college in Birmingham. During the 1920s, she assisted her parents with the operation of Ellis Hotel on Main Street in Oneonta and pursued various hobbies.

Mrs. Morrow began her Extension employment with County Agent A. H. Barnett, whose tenure was 1927 through 1937. The next eleven years were during the tenure of T. S. Morrow and with County Agent W. H. Ward from 1948 through 1954. She ended her county Extension secretarial work for County Agent D. S. Loyd when she resigned in 1958. After moving back to Oneonta, she worked as a secretary for Area Extension Specialist Robert Clark in the Area Rural Resource Development office.

Mrs. Morrow was known for her sense of humor and quick wit. She was highly talented in draw­ing and painting, a talent which was very valuable in illustrating circular letters and other educa­tional materials prepared in county Extension offices. Her proficiency was demonstrated in the ’30s,’40s, and ’50s, when it was customary to prepare 5,000 to 6,000 circular letters for a county­wide mailing four or five times a year. The only equipment available was a manual typewriter and mimeograph machine. She did it all, along with other regular secretarial duties. She was described as being a responsible person, an exceptionally fast typist, and a person who could be depended upon to get the job done.

In tribute to the life and work of this diligent worker, the name Pauline Ellis Morrow is inscribed on the dedicatory plaque of the Extension Memorial Chapel. 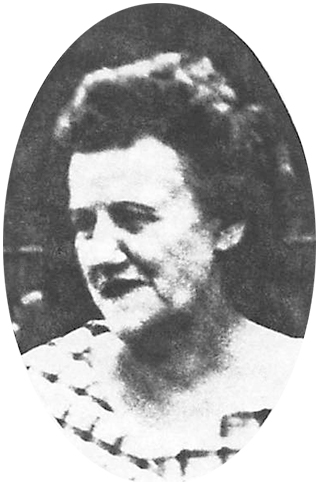