Peggy Wells Copeland’s long but courageous struggle to conquer a terminal illness came to an end on September 18, 1990. A native of Boaz, Alabama, Peggy was born November 16, 1937. She graduated from Boaz High School in 1956 and married longtime Extension employee Kenneth Copeland. Peggy began her association with Extension as a 4-H’er in the fifth grade, where she remained active in 4-H work five years, with many successful projects to her credit.

After she became a member of the Copeland family she and Kenneth made their first move with Extension to Wash­ington County. They later moved to Choctaw County for a short stay and next to Conecuh County and then to Auburn when Kenneth became News and Magazine Editor in Information Services. They remained in Auburn the rest of her life.

Peggy served as an administrative assistant for Grace United Methodist Church for several years before joining Exten­sion as Administrative Secretary in Administrative Services in 1984. After two years, she resigned and began working as a secretary for Major’s Exterminating Company in Auburn. Her illness slowed her down, and finally, she had to resign for health reasons.

Peggy’s supervisors had nothing but praise for her spirited and efficient approach to her work. Her Extension supervi­sor had this to say: “Peggy Copeland was a ‘natural’ to work in an Extension office, particularly one whose primary function was to be of service to people. She had a thorough understanding of what Extension work consisted of since she was the wife of a longtime Extension employee. She possessed a genuine love for people and was always trying to make ‘one’s load lighter.’ She was efficient; her pride would not allow for anything else. Not only was she a co­worker, but also a friend. Her spirit left a positive impression on all of us, and we miss her. Each of us is better because she came our way.”

Peggy’s pastor and supervisor during her tenure as secretary described her as “a dear and special friend. She had a deep sense of humor and a strong faith that did not falter. The spirit and cut of her life could be a role model for all of our lives.”

It is fitting to honor this lady who was so loved and admired by inscribing her name on the dedicatory plaque of the Extension Memorial Chapel. 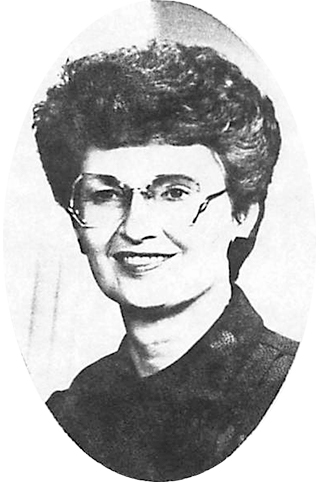