Mr. Percy Lee White retired Jefferson County 4-H Agent, passed away on March 9, 2003, at the age of 82. Mr. White devoted over 30 years of his life to the youth of Jefferson County.

Percy Lee White grew up in Courtland, Alabama, in Lawrence County. His family lived on a farm, and he naturally wanted to study agriculture when he attended Alabama A&M University in Normal, Alabama. However, before he could enroll, World War II started, and he enlisted in the U.S. Army. He served almost four years, and then enrolled at A&M, graduating with his B.S. degree in 1949. He later received his master’s degree from Tuskegee University. Work with the Alabama Cooperative Extension Service in Jefferson County began on October 15, 1949.

Mr. White’s responsibilities with the Extension Service consisted of holding 4-H Clubs in the rural schools of Jefferson County and working with the boys in those clubs on their projects. He also worked with the small, limited-resource farmers in Jefferson County. It is his work with 4-H’ers that will be his legacy. Some say that during his tenure, one of the biggest 4-H events in the state was the Jefferson County 4-H Rally, attended by 1,500 to 2,000 youth.

He loved his work because he loved children. Many youths now have college degrees because of Percy’s generosity and belief that educating the youth of America was of utmost importance. Both universities where he studied have Scholarship Endowment Funds in his honor.

He was kind to his coworkers and his constituents. His coworkers remember his passion for working with the less fortunate boys and girls. They say that Percy White was a large man with a gentle heart who taught them lessons about people that you don’t find in the manuals.

Mr. White was a member of the Sixth Avenue Baptist Church, where he served on the Deacon’s Board, Trustees’ Board, Young Men’s Senior Usher Board, Finance Committee, and men’s Bible Class.

Mr. White is survived by his loving wife of 42 years, Mrs. Lila B. White. He will always be remembered in Jefferson County for his untiring work with the youth of all walks of life. It is a befitting honor that the name Percy Lee White be insc1ibed on the dedicatory plaque of the Extension Memorial Chapel. 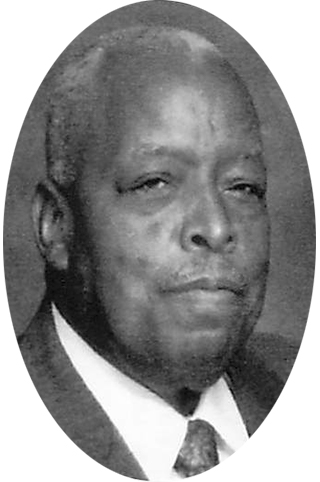