Reared on a farm in Clarke County, Pierce R. Pettis learned to love the land and its people early in life.

Education was an important part of Mr. Pettis’ life. He gradu­ated from high school in Jackson, Alabama in 1911. He then attended Auburn University, earning both the B.S. degree in Agricultural Science in 1915 and the M.S. degree in Botany and Plant Pathology in 1916. For a brief time, Pierce Pettis taught agricul­ture classes at Mississippi A&M (Mississippi State University).

Bringing his wealth of knowledge, his love of farming, and his concern for his fellow man, Pierce Pettis became the first Extension county agent in Conecuh County in 1917, where he spent his next seventeen years. It was during this time that Pierce Pettis accomplished perhaps his greatest project. As county agent, he organized the first Farmer’s Co-op Exchange in Alabama, which allowed farmers the opportunity to exchange products they raised for needed staples that had to be purchased. By taking advantage of this method of trade, depression-time farmers were able to take their poultry, eggs, and hogs to market and come home with salt, sugar, flour, seed, and the fertilizer they otherwise would have been unable to buy.

Mr. Pettis was a man of courage and convictions, always solid and working steadfastly for what he believed to be right for the people with whom and for whom he worked. His primary aim was to give the best service possible. The diligent and creative work done by Pierce Pettis through the years resulted in his receiving many honors and awards, both state and national. He was espe­cially proud of his recognition in a 1954 issue of The Progressive Farmer as the first County Agent in Alabama to have a farmer (Jack Butler) produce more than 100 bushels of corn per acre for seven straight years — a record at that time.

The loyalty, respect, and friendship of the people he served for 38 years are the best eulogy for this devoted worker. In tribute to the life and work of Pierce R. Pettis, Sr., his name is inscribed on the dedicatory plaque of the Extension Memorial Chapel. 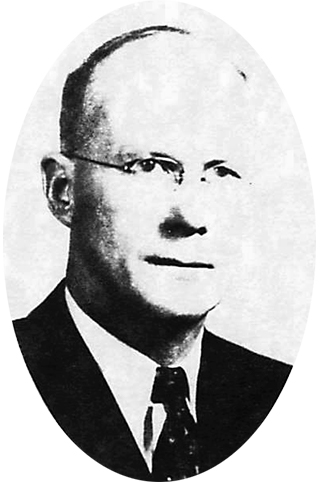