Red Bamberg was widely known as a distinguished member of the Auburn University Board of Trustees, on which he served for 38 years, a testament to his love for the university and the agricultural heritage of the state of Alabama. However, there are people in Butler, Lee, Lowndes, Tuscaloosa, Marengo, and Dallas Counties who still remem­ber Red Bamberg as their county agent, long before he became a Trustee.

Robert C. Bamberg, Jr., was born December 11, 1911, in Eoline, a small town in Bibb County, Alabama. He graduated from high school in Bibb County and attended Auburn University. His education was put on hold while he served the Pondville Jr. High School as principal from 1932 to 1934.

His official career in public service began as the assistant county agent for 4-H Club work in Butler County (Greenville) on September 1, 1936. He resigned in October 1938 in order to return to Auburn University to finish his B. S. degree. He served several Alabama counties from 1940 to 1942 as a county agent prior to the outbreak of World War II. During the war, he served in the Pacific and European theaters as a captain in the Army Corps of Engineers. In 1946, he returned to the extension service and served in Dallas County as the county agent until 1949.

After leaving extension work, Bamberg went on to serve in several leadership roles in Alabama agriculture and industrial development. He was, however, in private life a successful cattle farmer in west Alabama. He found time to serve, with distinction, as Director of the Alabama Development Office, as State Agriculture Commissioner, and as State Director of the Farmers Home Administration.
Bamberg was first appointed to the Auburn University Board of Trustees by Governor James E. Folsom and was reappointed by Governors John Patterson and George C. Wallace. He was a trusted advisor to six Auburn Presidents.

Bamberg passed away on October 31, 1994. in his home in Uniontown, Alabama, at the age of 82 and while still an active member of the AU Trustees. He is survived by his wife Olivia; a son, Robert C. Bamberg III of Uniontown; daughter-in-law, Susan Bamberg; and grandchildren, Robert C. Bamberg IV (better known as Beau), Mary Beth Bamberg, Laura Susan Bamberg, and Amy Leigh Bamberg.

At his death. fellow Trustee Jack Venable was quoted as saying, “Mr. Bamberg was a man who loved Auburn and agriculture and the state of Alabama and would do all he could for them. And he did do all he could for them.” With appreciation for his service to the people of Alabama, Epsilon Sigma Phi is honored to place the name of R. C. “Red” Bamberg on the dedicatory plaque of the Extension Memorial Chapel. 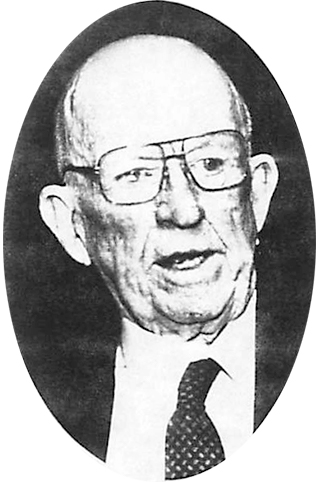