Before coming to the Alabama Cooperative Extension System, David was an award-winning graphic designer, art director, and creative director for several advertising agencies. He was also the owner and founder of McCormick Creative Group, a freelance design company that provided marketing, advertising, and branding to local, regional and national clients.

His work for Movie Gallery, Bonnie Plants, and both Opelika and Dothan utility companies are still used today. In his own words, “I like to refer to my early training as a bottom-to-top process. My professional start was in the printing industry, so as a rule, creative solutions were driven by functionality, practicality, and the client’s concern for the bottom line. I’ve used the same approach for more than 25 years – listen, learn, and then discover what is unique to the client. After that, I help them tell their story in a way even they didn’t expect.”

David brought a wealth of talent, creativity, and knowledge to Alabama Extension. His creativity molded the Live Well Alabama campaign, 4-Hinnovators branding, and Emergency Handbook: Preparation and Recovery, the revamping of materials for the Alabama 4-H Science School and 4-H Summer Camp, and the 2017 Gardening in the South calendar. In 2017, David and his Extension Communications and Marketing team was recognized nationally with three Outstanding Professional Skill awards and eight gold awards from the Association for Communication Excellence. That same year, David was honored with two National Association of Extension 4-H Agents awards for his work on 4-Hinnovators.

In addition to David’s contribution as an innovator and designer, he was a consummate teammate, always willing to help others and work for a common goal.

David’s death on July 22, 2017, left a void in both his own family and in the Extension Communications family. He is survived by his mother, Sandra; his two children, Connor and Brynne; and his children’s mother and his friend, Karla.

David believed in Extension. He often said that he felt like he was making a difference in the lives of Alabama residents. In May of 2016, David found his own 4-H Club membership card from elementary school in 1978. Upon finding it, he reflected, “A lot of amazing work has been done lately by the ACES Communications team. I was wondering why it all felt so natural, and then I came across something in the old family album this weekend that could explain it.”

The Alpha Phi Chapter of Epsilon Sigma Phi honors and remembers Mr. R. David McCormick by placing his name on the dedicatory plaque of the Memorial Chapel. 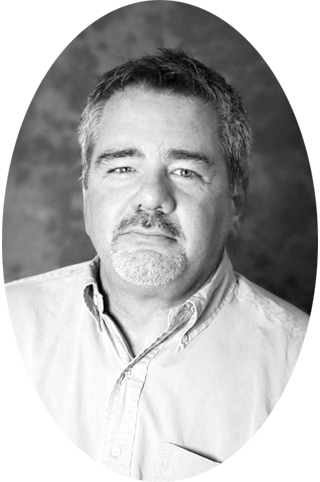