He was born Rance Manton Lawson on August 28, 1903. His hometown was Rogersville, Alabama. To pursue higher educa­tion, he attended Auburn University, receiving his B.S. degree in 1932.

The next five years found R. M. Lawson teaching Vocational Agriculture in Ohatchee, Alabama. In 1938, he took his skills and knowledge to the Alabama Extension Service office in Lawrence County. He was an assistant county agent in Lawrence and Limestone counties until 1942 when he transferred to Cullman County as a county agent.

Soon after he set up his office in Cullman, a fellow Extension worker wrote of R. M., “he is mak­ing good progress in grasping and directing a sound TOTAL program in Cullman. His philosophy — which is very sound — is that Extension work is for the TOTAL welfare of farmers, not merely on production or conservation. It includes especially work upon economic problems through the organization of farmers.”

His organizational skills enabled Cullman County farmers to unite for success in many programs and projects. The way R. M. brought people together was a shining example of fruitful coopera­tion.

Mr. Lawson’s Extension career did not span a lifetime, but his contributions are remembered by many generations until this day. R. M. left Extension in 1945 to go into the farm machinery busi­ness. Of course, with his experience and contact with rural families, he was very successful in his new endeavor.

R. M. was known as an efficient and loyal Extension worker. His years of service are now recog­nized by inscribing the name R. M. Lawson on the dedicatory plaque of the Extension Memorial Chapel. 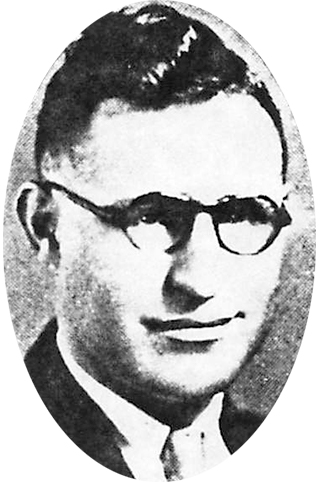