Always willing to help anyone with their problems and needs was characteristic of Mike Murphy. Growing up in an Extension family gave Mike early experience of being a county agent. A native of Perry County, Robert Michael “Mike” Murphy was born in Guntersville, Alabama May 19, 1956, the son of Robert and Eugenia Murphy. Mike is the oldest of two children.

Mike grew up in Guntersville, where he graduated from Guntersville High School in 1974. He earned a B.S. degree in Agricultural Science from Auburn University in 1979. Later, he earned his Master’s degree in Extension Education from Mississippi State in 1988.

Many will remember Mike for his efforts with the Franklin County Extension office, where he worked for 14 years. Mike got early experience of being a county agent from his father, who was an agent in Marshall County for many years. From this experience, he gained knowledge of the extension service and what it meant to be a good county agent.

“People asked Mike all kinds of questions ranging from gardening to agriculture and he would have no trouble telling them how to solve their problems or so it always seemed,” commented one of his co­workers.

Mike was best known in his county for being a part of the 4-H program. He won the hearts of the 4-H’ers and they all loved him. Some of the boys even served as pallbearers at his funeral. He touched the lives of a lot of people and he genuinely cared for them.

Mike was an outdoor enthusiast who loved fishing, hiking, and camping. It was a love he extended to his students. He even took many of them on frequent camping trips as part of the 4-H program.

Along with 4-H, Mike held the responsibility of the adult agriculture program. He worked with poultry producers and farmers all over the county to try and help solve the problems they faced. Through it all, it was Mike’s sense of humor that made working with him a joy, so his coworkers say. He always found a way to make work more fun.

An extremely smart man, Mike was devoted to his work and his family. Death came at too early age when Mike died at Helen Keller Hospital on June 1, 1996. He is survived by his wife, Lisa, also an Extension Agent in Marion County; two daughters, Anna Grace Murphy and Jenny Michelle Murphy, all of Spruce Pine; his parents, Robert and Eugenia Murphy of Scottsboro; and a brother, Patrick E. Murphy of Memphis, Tennessee.

In tribute to the life and work of this man, the name R. Michael Murphy is inscribed on the dedicatory plaque of the Extension Memorial Chapel. 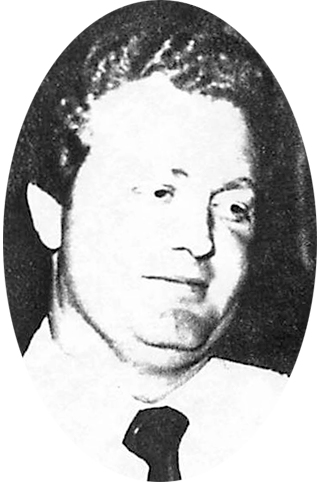