When Sam Jones retired from the Extension Service in 1973, Director Ralph Jones said to him that “We will long remember you as one of the best.”

And so do we, still. Those were not empty words. For Robert Samuel Jones, Jr., the Barbour County farm boy who earned a degree in agriculture from his beloved Auburn University, was a doer, a leader, and a motivator. He stood tall in a 30-year career with Extension that is filled with accomplishment — from his days as a county agent in Randolph County to his years in Auburn as an Extension dairyman.

When Sam went to Randolph County in 1936 as an assistant county agent (he was promoted to county agent in 1948), it didn’t take long for his “Let’s get it done” attitude to start producing. He helped start the local Kiwanis Club, for example, and directed the construction of Wedowee’s first recreational park, making Little League baseball available for the first time in the city.

Promoted to the state staff at Auburn, he wrote and programmed the state’s first Dairy Nutrition Program — a service that significantly increased income for the state’s dairymen through savings in feed costs and increased production. He was much honored for his leadership in that program and others, including the Auburn University Award for Achievement. He had said his proudest moment, though, was not for any award he received, but when his longtime friend and coworker, retired dairy specialist John Parrish, was named to the Agricultural Hall of Honor at Auburn.

Sam was a charter life member of the AU Agricultural Alumni Association. He loved Auburn athletics, and after he retired and moved back to Eufaula, he would come back regularly to campus for athletic events. He spent many happy retirement hours gardening, growing hybrid roses and orchids — and, as one of his friends said, “helping people who needed help.”

He and his wife, the former Jimmie Sue Jones, were married for more than 60 years. At the time of his death at age 88 on May 20, 2003, he and Jimmie were living in an assisted living facility in Danville, Virginia, near the home of their son, R. Sam Jones III. Jimmie Sue died on March 31, 2005.

For his 30 years of dedicated service, it is our honor to place the name of this life member of Epsilon Sigma Phi on the dedicatory plaque of the Extension Memorial Chapel. 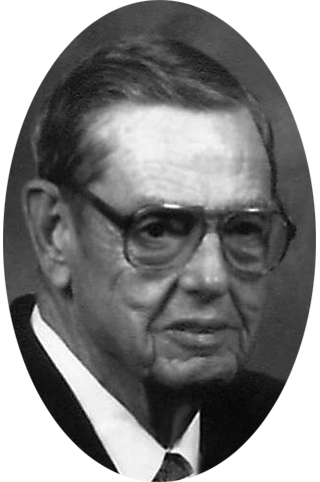