Richard Wilbanks Teague was born in Branchville, Alabama, on February 4, 1921. He graduated from St. Clair County High School in 1939 and immediately enrolled at Auburn University. His plans were to gain a B.S. degree in agriculture. However, when the United States entered World War II this young patriot joined the fight. For forty months, from 1942-1945, Richard Teague served in the Army Air Corps assigned to a bomb squad.

When he returned to civilian life, he re-entered Auburn in 1946 and earned his degree two years later. Even before graduating, Dick Teague knew he wanted to do Extension work. His employ­ment application was dated two months before he completed work on his degree. He was wel­comed into the service as assistant county agent for Lee County, with an initial assignment of working with 4-H boys. He was promoted to County Agent in 1958 and to County Extension Chairman in 1965, a position which he held until his retirement in 1978.

For thirty years Dick Teague worked in Lee County to promote a better lifestyle and higher stan­dard of living for the clientele who sought his advice. He was never too busy to give his attention to helping others. Thousands of Alabamians are better off today because of the dedicated efforts of this man. Due also to his efforts, combined with those of his wife Mary Jane, many in Nigeria are better off today. These two served there as missionaries for the Presbyterian Church for three years after Dick retired.

In recognition of his many accomplishments and contributions, the name Richard W. “Dick” Teague is inscribed on the dedicatory plaque of the Extension Memorial Chapel. 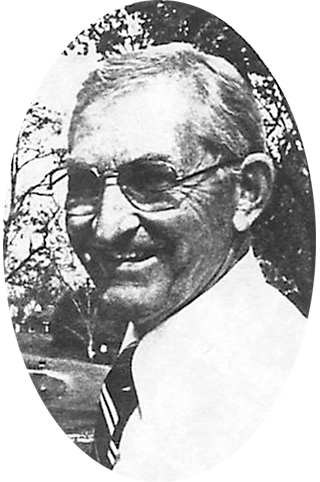