Rachel Oden was born in Gurley, Alabama, and graduated from Madison County High School in 1935. She graduated from Auburn University with honors in 1939.

Her work as a home demonstration agent with the Alabama Cooperative Extension System started in June 1939 in Marion County. Due to Extension directors moving agents to where they were most needed, she moved quickly through Limestone County and into Lawrence County. After five years there, she made her final move to Morgan County. There were sixteen home demonstration clubs and twenty-two 4-H clubs already organized when she arrived. She spent the year building new clubs and teaching good homemaking skills to the mothers and the daughters.

She became engaged to Charles Oden in 1946 and reported, “I moved my wedding date from October to September so that I would not have to demonstrate making slipcovers.”

After marrying Charles and resigning from the Morgan County Extension Service, she taught in the Hartselle City School System until her retirement. She served as a 4-H Club sponsor and continued her link with Extension by helping girls and boys prepare for County 4-H Round-Up, district, and state events. Many of her students were district and state winners.

Rachel also mentored young home demonstration agents who were just starting out in the area of 4-H. She believed in Extension and that in 4-H clubs, the young people could “Make the Best Better.” As the 4-H sponsor, she often had suggestions for projects, demonstrations, and summer activities. She spent her time helping with those projects.

Rachel continued her interest in Extension by serving on the Home Economics Advisory Council and the Morgan County Extension Planning Committee. She had called the office just a couple of weeks before her death to give the staff another idea for a program. Her calls were always cheerful and she was always wanting to know what was the latest information that Extension was using.

She was a member of the First United Methodist Church of Hartselle where she was active in United Methodist Women and the Haynes Sunday school class. Her final years were happily spent at Sierra Springs Retirement Home in Hartselle.

Her husband of 50 years, Charles, preceded her in death. They had one son, Charles, Jr., and two daughters, Martha Jones, and Betty Stejskal.

For her belief that Extension benefits Alabama families, the name of Rachel Hereford Oden is inscribed on the dedicatory plaque of the Extension Memorial Chapel. 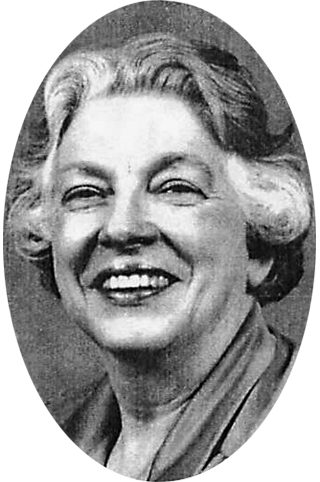