Mr. Ralph Hartzog never met a stranger because he always first considered you a friend.

Ralph Hartzog was born July 11, 1919, in Louisville, Alabama, to parents John P. and Nora Baxley Hartzog. He graduated from Louisville High School in 1938 and then attended Troy State until 1941. Until 1944, he taught English and Social Studies at Rose Hill School in Covington County. He later taught Math and Social Studies in Abbeville.

Ralph attended and graduated with a B.S. degree in Agriculture at Auburn University in 1945.

Ralph Hartzog, with an agricultural degree in hand, applied and was accepted as Assistant County Agent in Jackson County. His early years saw him also in Macon County and Henry County. He found his home in Henry County and eventually rose to the rank of County Agent-Coordinator.

You never doubted that Mr. Hartzog enjoyed his job. He was in charge of the extension agricultural leadership in the county. He took his job seriously and did it well.

Coworkers remember “Mr. Ralph” fondly as being very comical. He always had a favorite joke or story to tell before work or a meeting started. Also, the staff and their families would meet regularly for dinner or cookout together. The fondest memories were of trips to 4-H Camp, where all the agents, men and women, would load all the kids and food on a flatbed truck with side bodies and travel to Kolomoki Mounds State Park in Georgia. Food and kids would ride in the truck and the rest would ride in cars.

While in Henry County, Mr. Hartzog was an active member of Abbeville First Baptist Church, where he served as Deacon, Sunday School Director, and loved singing in the choir.

His retirement began in September 1978. He had served Extension well for over thirty years.

After falling ill in 2001, he moved up to Winston-Salem, North Carolina, to live with his daughter Becky. His wife of 46 years, Margaret Baker Hartzog, whom he had married in 1950, passed away in 1996. The Hartzogs have another daughter, Kathy, who lives in Murray, Kentucky.

Mr. Hartzog died on March 14, 2006. In respect of his life spent serving others, we are proud to inscribe the name of Ralph C. Hartzog on the dedicatory plaque of the Extension Memorial Chapel. 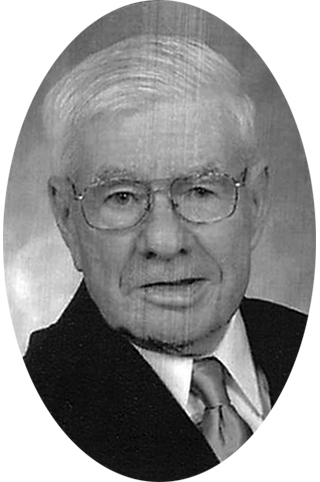