Mr. Ralph C. Thompson was employed by the Alabama Cooperative Extension System in 1954 as an assistant county agent in Butler County, AL. He recruited 80 percent of the schools to participate in the 4-H program. “He touched lives and opened doors for the young people,” states Rex Blackburn, a 4-H alumnus.

Thompson coordinated several livestock programs. There was a pig chain, dairy, beef, and chick programs. The chickens were donated by Alabama Power. The 4-Hers in different communities received them. These 4-H members could enter six pullets in the county fair to be judged. The first prize provided money that paid for a month of chicken feed.

J. Paul Till, another 4-H alumnus, says, “Mr. Thompson was always pushing, encouraging and recruiting me for various 4-H projects and programs. Because of him, I entered and won awards in such things as the safety program, livestock judging, and public speaking. Perhaps more importantly, he gave encouragement to a shy reserved farm boy.”

In 1976, Thompson came to Baldwin County as the County Extension coordinator. He continued to recruit sponsors for the 4-H program that provided more opportunities for young people.

Thompson was awarded the Most Outstanding 4-H Agent (1963); received the Distinguished Service Award from the National Association of County Agriculture Agents and Specialists (NACAAS); awarded the Search for Excellence by the Community Rural Development Program (CRD), and was inducted into the Alabama 4-H Wall of Fame in 2013.

He served the Kiwanis Club as director, secretary, vice-president, and president. He served as Sunday School Superintendent for the First United Methodist Church. The Baldwin County CowBelles named him Father of the Year in 1984.

Thompson was most proud of the day he was inducted into the Alabama 4-H Wall of Fame. He loved his 4-Hers and the people he worked with every day. He always wanted to help people.

The Alpha Pi Chapter of Epsilon Sigma Phi honors and remembers Mr. Ralph C. Thompson by placing his name on the dedicatory plaque of the Memorial Chapel. 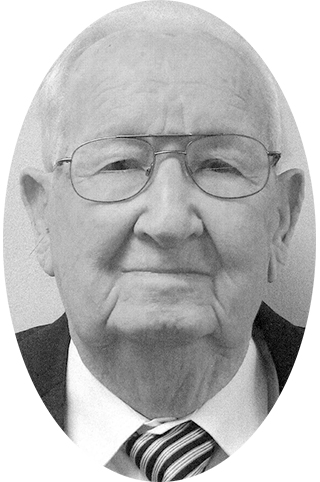