Ralph L. Sherer retired from the Alabama Cooperative Extension Service in 1983 after a distinguished and successful career that began as an Extension agent in Guntersville and ended as district Extension supervisor for Southeast Alabama.

“But Ralph never really retired,” said John Parrott, a friend of 50 years. “He worked quietly, mostly behind the scenes, to help people. That’s what gave him the most satisfaction. And he was good at it — as he was with his Extension work. People instinctively trusted him and looked to him for leadership. And he never let them down.”

As a career Extension staffer and administrator, Ralph was known for his insistence on quality work. His devotion to Extension and its mission was never doubted. Dress, demeanor, knowledge, concern for clients — Ralph demanded the same professionalism of the agents he supervised as he did for himself.

He became known for his loyalty to Extension, to its people, and to his friends. One of those friends noted that Ralph reveled in others’ successes, and his encouragement and support was not for just a day, or a week — his commitment was for a lifetime.

In retirement, Ralph never missed a beat in serving others. He and Vetra had continued to live in Auburn and remain active in their church, the First Baptist, where he was a member of the Board of Deacons and its former chairman. Meanwhile, he had become a beloved member of the East Alabama Medical Center Auxiliary and served as its first male president. He was elected to the Silver Haired Legislature, held state and local offices with state and federal retiree associations, served as a consultant to J. F. Ingram State Technical College, and had joined his longtime friend, Hanly Funderburk, then president of Eastern Kentucky University, to establish highly successful EKU extension centers in Kentucky.

His most lasting gift to his Extension colleagues came shortly before his death on December 6, 1999. He led a long fight to have the retirement system change its annuity formula for Extension retirees. His persistence led to success, and with it now come few extra dollars each month for Extension retirees — what some call the Sherer bonus.

He was a native of Walker County, served in the Army Air Force during World War II, and held the B.S. degree in agriculture from Auburn and the M.S. in Extension education from Cornell University.

In addition to his wife, Vetra, survivors include a daughter, Gail Broach, and son-in-law Wayne Broach of McDonough, GA., step-grandson, Kevin Broach of Opelika; and two sisters, Mrs. Henry (Helen) Drummond and Mrs. Stanley (Louise) Wade, both of Jasper.

In lasting and loving tribute to his life and career, the name of Ralph L. Sherer is permanently inscribed on the dedicatory plaque at the Extension Memorial Chapel. 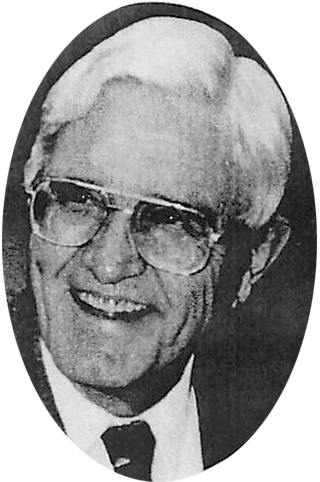