From his early days in rural DeKalb County, a love for farms and the farming way of life never left the heart of Ralph Russell Jones, who devoted 60 years to improving Alabama agriculture. His dedication to improving agriculture was with him through his college work, where he studied agronomy and soils and worked under Dr. C. L. Isbell of the Hor­ticulture Department, through his work as an aide in forestry with the Soil Conservation Service in Dadeville and Anniston, and through an illustrious 38-year career with the Alabama Cooperative Extension Service.

Jones was born and raised in Collinsville, Alabama. After graduation from high school, he attended Auburn Uni­versity and majored in agronomy and soils. At Auburn, he was an honor student and was editor of the college agri­culture paper. After graduation, he did his graduate work at Michigan State.

Jones began work for the Alabama Cooperative Extension Service in 1936 as an assistant county agent in Hale County and became the county agent in Washington County later that year. Early on, Jones earned the trust of the Alabama farmer who understood that his first objective was to help the farmer. An important contribution to early agriculture which Jones made was working with the farmers in organizing co-ops, and helping them get an improved marketing system in Washington County.

Respected for his leadership abilities and his continuing concern for agriculture in Alabama, the DeKalb County native was appointed to the position of acting Extension Assistant Director in 1961 and Extension Associate Director in 1962. Named in 1971 to serve as Director, Jones served in that capacity until his retirement in June of 1974.

“We have come through three very crucial years — years of change, and of progress, too. The future is bright and the reason is that you are the greatest people on earth. I mean that most sincerely! With the dedication, coopera­tion, and desire to serve that you’ve always shown, there’s no limit to what Extension can do in the years ahead.” With those words in his last Director’s Official letter, Dr. Jones bade farewell to the Extension employees whom he had lead.

It is with the greatest of respect for his dedication to the people of Alabama that we place the name of Ralph R. Jones on the dedicatory plaque of the Extension Memorial Chapel. 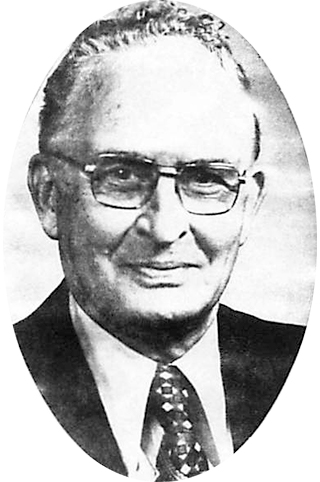