Dr. Richard Deese, a native of Lonoke County, Arkansas, began working for the Alabama Cooperative Extension Service in April 1965 as Extension Animal Scientist. He retired in 1984 after a stellar 19-year career, making his mark in the area of beef cattle nutrition. The Alabama Beef Cattle Improvement Association (BCIA), honored him upon his retirement by establishing the “Richard Deese Award” in appreciation of his work with the BCIA as an Extension Specialist.

Deese grew up on a diversified farm of small grains, cotton, strawberries, and dairy cattle. He was a veteran of World War II and after the war taught veterans in the Veterans-On-The-Farm program in Parkin, Arkansas. After graduating from Mississippi State University in 1953, he taught and worked at the Mississippi State Agricultural Experiment Station for seven years. He also worked at one of its branch experiment stations and taught in the animal science department. In 1965, Deese was awarded a Ph.D. in animal breeding from the University of Florida. He came to Auburn in 1965 as a specialist in nutrition and management and a few months later began his work with the Beef Cattle Improvement Association (BCIA).

For most of his 19-year career at Auburn, Deese worked with the BCIA testing program, a herd evaluating system that enables farmers to make breeding, culling, and other management decisions based on computer analysis. Later, when looking back over his career, Dr. Deese said to his friends that his most exciting moment came on February 12, 1982, when a bull named Angus Acres Power Play 70 sold for a world record price of $320,000 at the Auburn University Performance Test Bull Sale. Deese kept a copy of the check written by the buyer, Lovana Farms of Clarkesville, Georgia.

After his retirement in 1984, Dr. Deese continued being active in his community and in his church, the First Baptist Church of Auburn. He and his wife Jay were members of a local square dancing club, which they both truly enjoyed. He also enjoyed golfing, woodworking, gardening, traveling, and grandparenting. Within just a few months span, both Richard and Jay passed away after extended illnesses. Richard is survived by his twin sons Bill and Bob, his daughter Becky, Jay’s son Billy Pickens, and his daughter Sweet Hopkins.

To honor his years of service to the people of Alabama, we inscribe the name of Richard E. Deese on the dedicatory plaque of the Extension Memorial Chapel. 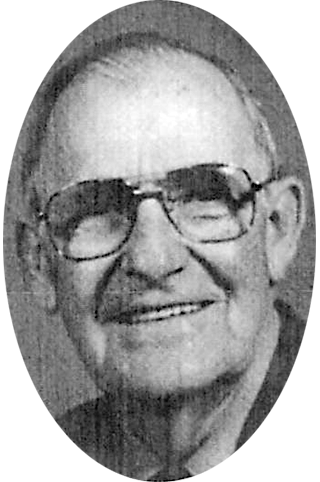