Richard Edward Smith was employed by Tuskegee Institute as a Negro County Agent in Marion, Perry County, Alabama in 1962. The U.S. Court System ordered the removal of the title Negro, and his position was merged with the Auburn University Extension Program. From 1983 to 1993, he served as County Agent Coordinator for Perry County. He was promoted to District Agent Coordinator in 1993 in the Decatur Regional Office.

After 34 years of dedicated employment with the Federal Government and Auburn University, Richard officially retired in 1995. Later, he would serve as an Adult Education Instructor for George Wallace State Community College in Selma AL.

His 4-H teams and individual 4-H competitors won multiple District and State titles over a multitude of events. His team won the State Dairy Judging Title three times and went on to compete nationally each time in Madison, Wisconsin. He also had several Public Speaking state champions.

Smith received both the 25-year and 30-year Extension Service Awards. He was honored to be the Omega Man of the Year-Omega Chi Chapter, Selma AL. He was a Charter Member of the Omega Chi Chapter of Omega Psi Phi Fraternity, Inc., where he served as Chaplain. He was also a Master Mason.

Smith was a former Boy Scout Master and Little League Baseball/Football Coach. He coached and mentored boys with the county, including both of his sons. His legendary Tigers baseball team was frequently undefeated.

Smith was an avid deer hunter and fisherman. He took pride in hunting on his land and fishing from his lake. He was also a knowledgeable beef cattleman, maintaining an impressive Black Angus and Charolais herd on his Triple S Ranch. He traveled extensively with his wife and travel club visiting seven continents.

Smith was a faithful member of the Zion United Methodist Church serving as a Certified Lay Speaker. He was Chairman of the Trustee Board and President of the Senior Choir.

Smith was happily married for over 54 years to Floresteen Parker Smith, his college sweetheart. He was a devoted father to two sons, Rodney Smith, M.D. and Reginald Smith, M.D. He was a loving grandfather to three grandsons, Richard II, Beau, and Reese Smith.

The Alpha Pi Chapter of Epsilon Sigma Phi honors and remembers Richard Edward Smith by placing his name on the dedicatory plaque of the ACES Memorial Chapel. 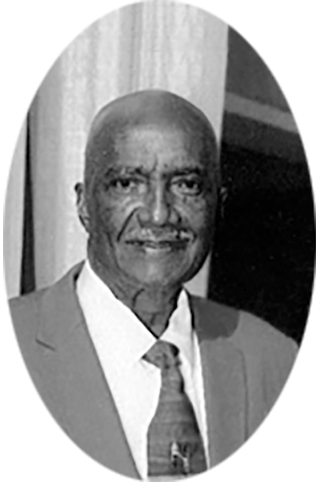