Richard Lafayette Guthrie was born and raised in Bullock County, the middle child of John and Nell Guthrie, and grew up milking cows, herding beef cattle, and feeding chickens on his parents’ mainly dairy farm near Union Springs. He was an avid 4-Her, a stellar student, and a phenomenal athlete. In 1958, the latter earned him a football scholarship to Auburn.

As a 4-Her, Guthrie served as vice president of the state council in 1957 and attended National 4-H Congress. He remembers fondly his 4-H agent, Allen J.Brown, who mentored him with his project work, in club meetings and attending 4-H camps.

Though football took front and center, Guthrie realized he also was at Auburn to get a degree. He began majoring in agricultural science early on, but near the end of his freshman year, a professor in a crop production course he was taking suggested he change to agronomy and soils. He earned his bachelor’s in 1962. Guthrie would work as a soil scientist with the U.S. Department of Agriculture’s Soil Conservation Service, now called the National Resources Conservation Service.

Guthrie completed his master’s in soil science in 1965 and, three years later, earned his doctorate from Cornell University. Over the next 15 years, he moved up in the agency, moving his family from Alabama to Nebraska to Missouri to Texas to Washington, D.C. In 1983, a dream came true when Guthrie landed a job as a College of Agriculture professor and head of the Department of Agronomy and Soils at Auburn. Two years later, he was named acting dean of the college and served until 1988 when he was appointed associate dean of international programs.

As associate dean, his mission was to globalize agriculture at Auburn, to broaden students; and faculty members’ understanding of the world around them. In his 15 years as associate dean, he has developed international agriculture into a vital component of the college when he retired in 2003.

At the request of university officials in 2005, Guthrie came out of retirement and returned to Ag Hill to lead the college and Alabama Agricultural Experiment Station as dean and director, respectively. With his retirement in the spring of 2010, he has served in a position to assist Alabama agriculture, becoming one of the strongest in the nation. 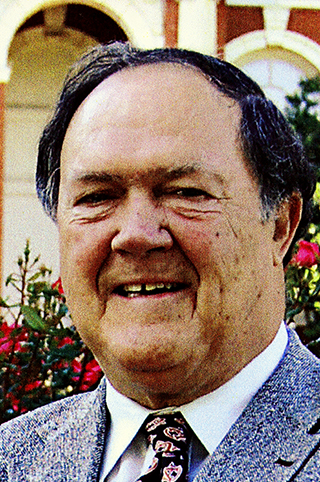