Richard Oleson Magnusson was born in Elkmont, Alabama, on December 28, 1920. He spent his childhood on his father’s farm and attended school in nearby Ardmore. After graduating from high school in 1939, he attended classes for one year at Athens College and then went to serve his country in the U.S. Air Force during World War II. After three and one-half years and an honorable discharge, he returned to civilian life as a student at Auburn University and earned his B.S. degree in Agricul­tural Science in 1948.

Having been reared on a farm, Magnusson was well suited to the work he chose. In 1948, imme­diately after college graduation, he joined the Alabama Cooperative Extension Service as Assis­tant County Agent in Madison County. His duties as a young agent were “to be in charge of Boys’ 4-H Club work,” “to promote better farming by working with the Unit Test Demonstration pro­gram,” and “assisting the county agent in all phases of agriculture.”

In 1955, Magnusson was promoted to the County Agent’s position, which involved overseeing all aspects of the county Extension office. He retired on April 30, 1980, from the position of County Agent-Coordinator. His entire thirty-one-year career had been in Madison County.

R. O. Magnusson took pride in carrying out the programs and projects that Extension provided. He had always worked hard at offering the best educational programs he could, and the citizens of Madison County appreciated his diligence.

Locally, he was a member of the Trinity United Methodist Church, the Lion’s Club, and the Cham­ber of Commerce.

As a lasting tribute to his dedicated service to the people of Madison County, the name Richard O. Magnusson is inscribed on the dedicatory plaque of the Extension Memorial Chapel. 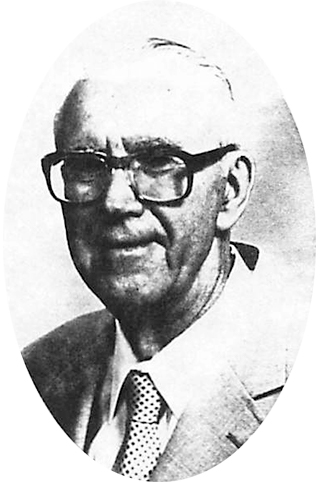