Rita Joyce Dillow was born in Jasper, Alabama, on September 11, 1954. She graduated from high school in Arlington, Virginia. She earned her B.S. degree in Business Management in 1996 from Alabama State University, Montgomery.

Rita joined the Computer Technology unit of the Alabama Cooperative Extension System in April 2000 as Information Technology Specialist. Her job was to give support to the Extension units in the 22 counties of Southwest Alabama with their computer hardware, software, and network technology. She worked out of the Selma Regional Extension office until it closed in early 2004, and then out of the Chilton County Extension office. She was very proficient in diagnosing, identifying, and then resolving problems, particularly with Microsoft Office applications. She provided consistent, thorough, and quality services to the Extension users in her region.

Prior to joining the staff of the Alabama Cooperative Extension System, she had several years of working in her field, increasing her responsibilities and abilities in the ever-changing world of computers. For three of those years, she was a technology coordinator for the Dallas County School District, where she developed and coordinated the implementation of the school system’s technology plan.

The morning of May 6, 2004, employees of the ACES were shocked by the following announcement: “Rita Dillow, IT Specialist, lost her life last night in Guntersville when her car was hit by another vehicle.” Rita was only 49.

Her coworker Genny Burton has this to say about Rita: “I had the pleasure of knowing and working with Rita during her employment at ACES Computer Technology. Rita and I traveled to many county offices throughout the state of Alabama, teaching computer in-service training. You can say that we were ‘traveling buddies.’ I knew her as a professional and as a friend. She enjoyed her job and did whatever necessary to complete the task. She was a kind-hearted, compassionate individual who has been truly missed. She lives on in my heart.”

She was survived by her husband, Ralph Dillow; her parents, Thomas and Lillian June Hendricks; her daughter, Cheri Cabrera Wolfe; her brother Lee Hendricks; a special aunt “Lucy”; and three grandchildren. In tribute to her personal dedication to helping others, we inscribe the name Rita J. Dillow on the dedicatory plaque of the Extension Memorial Chapel. 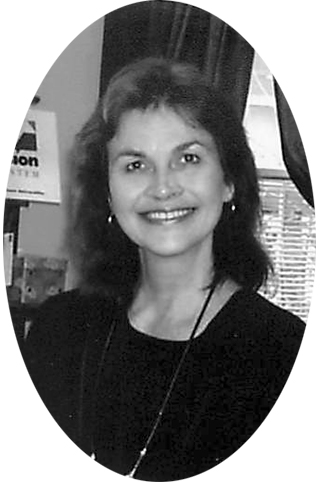